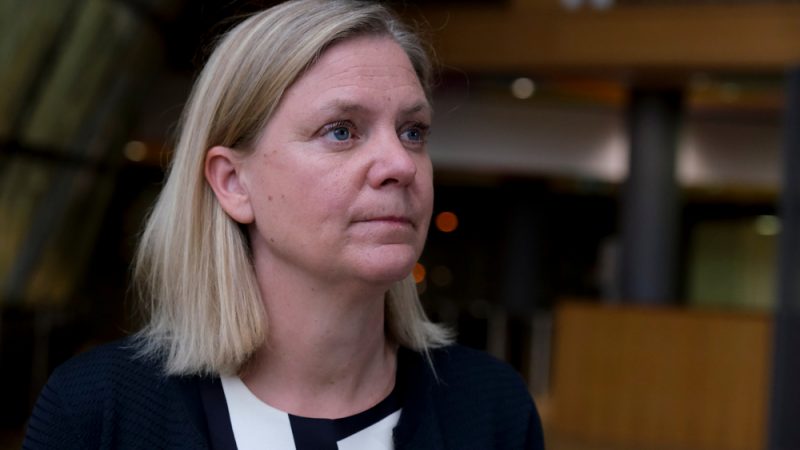 “It is good that we can continue this dialogue, but it will certainly take some time,” Andersson told TT about potential talks with Turkey. [Shutterstock/Alexandros Michailidis]

Talks with Turkey on its opposition to NATO membership for Sweden and Finland will continue but change may not happen overnight, according to Prime Minister Magdalena Andersson, the TT news agency has reported.

Almost a week after Finland and Sweden handed over their NATO applications to the alliance’s Secretary-General, Turkey continues to oppose the two Nordic country’s accession to NATO. Ankara accuses Sweden of supporting the Kurdistan Workers’ Party, known as the PKK, and demanded the extradition of 33 individuals linked to what Turkey considers terrorist organisations.

“It is good that we can continue this dialogue, but it will certainly take some time,” Andersson told TT about potential talks with Turkey.

Asked if the road to membership may now take longer than originally thought, Andersson said that Sweden initially received positive signals from Turkey on how they would view a Swedish and Finnish application to NATO.

“Now we have a dialogue underway. It will continue, and I look forward to it,” she added, referring to discussions she had with her Turkish counterpart over the weekend.

“I had a good talk with President Erdogan this weekend and we will continue to have bilateral and trilateral talks with Turkey, Sweden and Finland,” Andersson said, adding that such talks are bound to happen “in the near future.”

Andersson did not comment on whether she believes that a solution with Turkey will be ready for the NATO summit in Madrid in late June.

“I’m looking forward to the dialogue now, and we’ll see how it develops,” she said.

“There are many advantages for NATO with Sweden and Finland as members. We would contribute to the organisation with our military capability and the high-tech knowledge we have,” the prime minister said.