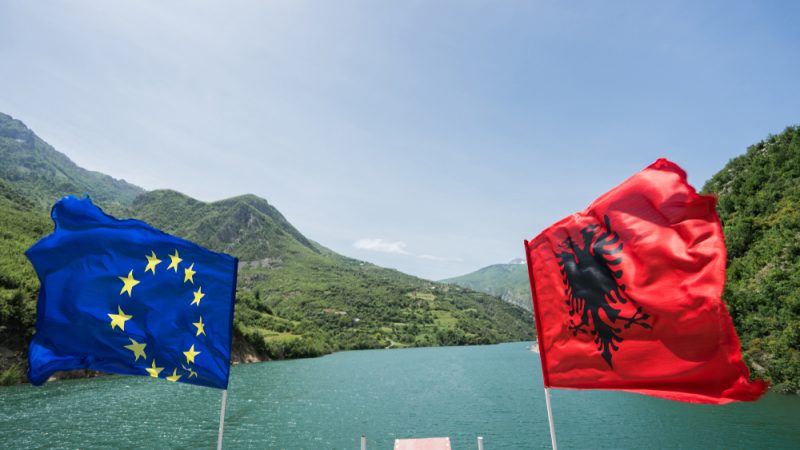 The report relies on the European Commission’s positive report on Albania. “The Commission concluded that Albania had made decisive progress and was close to fulfilling the conditions set by the Council in view of the first IGC (Intergovernmental Conference)”, it was quoted in the report. [Shutterstock/upslim]

The Dutch government has presented a report about the start of EU membership talks with Albania to parliament, listing six conditions that it considered should be met in view of the intergovernmental conference.

The report relies on the European Commission’s positive report on Albania. “The Commission concluded that Albania had made decisive progress and was close to fulfilling the conditions set by the Council in view of the first IGC (Intergovernmental Conference)”, the report said.

The Dutch government listed six conditions it considered needed to be met before the first IGC, including electoral and judicial reforms and intensifying the fight against corruption and organised crime, including by cooperating with EU countries through the Action Plan to implement Financial Action Task Force (FATF) recommendations.

The Netherlands said Albania should also address the phenomenon of unfounded asylum applications and ensuring repatriation and amend its Media Act in accordance with the recommendations made by the Venice Commission.

The Dutch parliament is now set to discuss the government document, it will also depend on the vote whether the Netherlands will ultimately give their green light for the official start of negotiations at one of the future EU summit on the subjec.

One stumbling block: Despite the progress made, the Dutch government emphasizes that some priorities set by the EU leaders in their conclusions of March 2020 have still not been achieved.

This includes, among other things, the opening of criminal proceedings against judges and public prosecutors who have failed the relevant controls; the conclusion of various proceedings for election fraud and / or corruption; a decision on the legality of the 2019 local elections; as well as the passing of laws to protect minorities.

In any case, it is hoped in The Hague that with the new methodology for enlargement talks, the progress process will now be “more rigorous and thorough”.