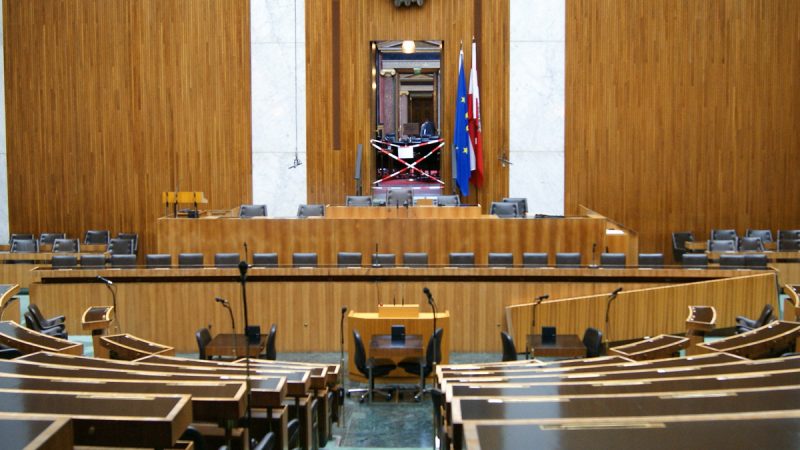 However, the atmosphere between the two partners has tailed off since the Greens declined to back former Chancellor Sebastian Kurz over his alleged involvement in a corruption scandal. [shutterstock/ARK NEYMAN]

The first appearance of the new Chancellor Alexander Schallenberg in parliament has revealed that the relationship with his coalition partner, the Greens, is still far from optimum. At the same time, the People’s Party seems to be in disarray over the legacy of former Chancellor Sebastian Kurz.

Schallenberg tried to offer a conciliatory tone towards the Greens.

“If I have one message today, it is that our hand as the new People’s Party is extended towards our coalition partner,” he said.

However, the atmosphere between the two partners has struggled since the Greens declined to back former Chancellor Sebastian Kurz over his alleged involvement in a corruption scandal. While the coalition partners usually applaud each other’s speeches, no claps were heard for Schallenberg.

There was also another topic on the agenda: Kurz. Schallenberg reiterated that he would continue the “successful path” that Kurz took and closely collaborate with the former chancellor who brought the People’s Party landslide wins at the last two elections.

However, while ÖVP politicians in parliament praised Kurz’ work, high-ranking politicians at the regional level took a more critical tone towards the former chancellor.

Governor of the state of Tyrol, Günther Plattner, distanced himself from Kurz and said that the accusations against Kurz are “serious” and can’t be discarded.

Platter’s move reveals cracks within the party itself, as the state governors pressed Kurz to resign while the federal ÖVP politicians encouraged him to continue.

When Kurz entered office, he rebranded his party as the “New People’s Party” and gave it a new colour – turquoise instead of the traditional black that the ÖVP associated itself with. Plattner’s move to distance himself from Kurz hints at a rift between the old “black” ÖVP and the new “turquoise” one, as Plattner emphasised that he is one of “the blacks” within the ÖVP.