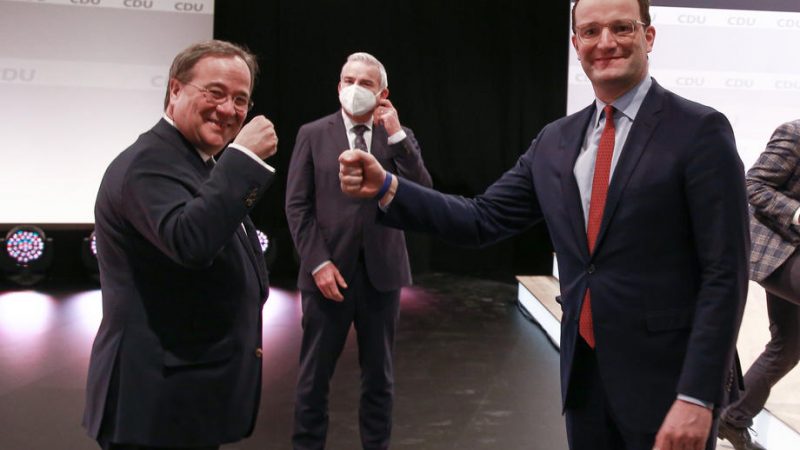 Although the Christian Democratic Union (CDU) elected North Rhine-Westphalian premier Armin Laschet to be the party’s chair over the weekend, recent opinion polls show that he is not particularly popular, meaning he could face challengers in the chancellorship race.

According to a poll conducted by Der Spiegel, 51% of the overall population and 45% of the CDU/CSU members polled do not think that Laschet is a good choice for party chair.

With regard to potential chancellor candidates, Bavarian leader Markus Söder – who previously said he is not interested in giving up his position in Bavaria – is leading the race with the support of 36% of CDU/CSU party members, a Forsa poll released on Monday found. By comparison, Laschet polled at 21%.

Another opponent could even be former parliamentary group leader Friedrich Merz. Though Laschet defeated Merz on Saturday, Alexander Mitsch, chair of the arch-conservative movement within the CDU/CSU known as the WerteUnion, said he still wants Merz to be the party’s chancellor candidate.

However, with Merz losing support after he had requested to immediately be made economy minister following his loss on Saturday, according to reporting from Der Tagesspiegel, and 18% of the German population backing Merz to take on the position of party chair compared to the 41% in favour Laschet, according to the Forsa poll, it appears highly unlikely that Merz will even be considered as a candidate.

Health Minister and Laschet supporter Jens Spahn, who has raised his profile during the pandemic, is also considered a potential contender. (Sarah Lawton | EURACTIV.de)