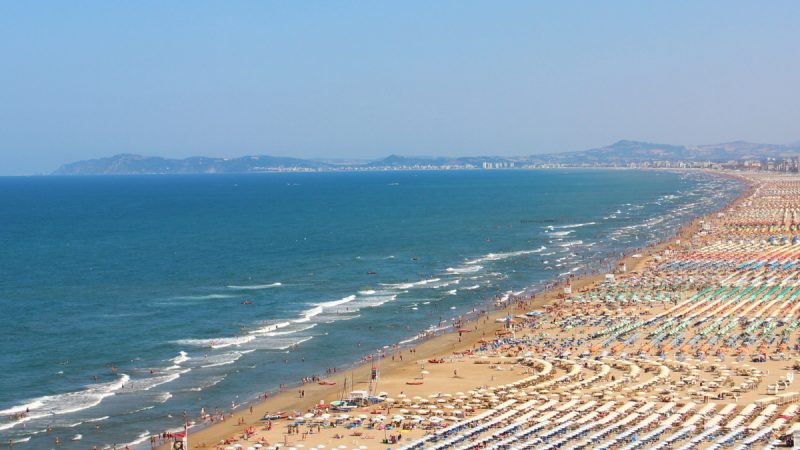 According to the latest data published by environmentalist watchdog Legambiente, around 60% of Italy’s beaches are managed by the private sector. [Shutterstock / Natalia Svistunova]

The new competition bill which Prime Minister Mario Draghi’s government presented on Thursday contains the promise of mapping the current state of beach ownerships. This falls short of liberalising the beachside service provider market, an objective set in the Bolkestein Directive, which has been the cause of tension between Italy and the European institutions since 2008.

According to the latest data published by environmentalist watchdog Legambiente, around 60% of Italy’s beaches are managed by the private sector. The government’s policy has long been to renew licences for seaside operators automatically.

The Bolkestein Directive, which regulates services within the internal market, would have the over 30,000 seaside businesses currently operating in Italy compete with new operators, including non-Italian ones. Under pressure from beach operators, the Italian government has had a hard time complying with the directive. The ECJ ruled in favour of the EU’s position on the matter in 2016. Yet, the government extended the validity of licences set to expire in 2015 to the end of 2033.

The new competition bill drafted by the Draghi government was meant to resolve the issue. Yet, under pressure from the centre-right members of the ruling coalition, the text ended up not including any plans for the liberalisation of beaches.

The only compromise on the subject is the launch of a transparency operation, meant to map the current state of concessions to understand who currently owns the beaches and how much they pay the State for it.