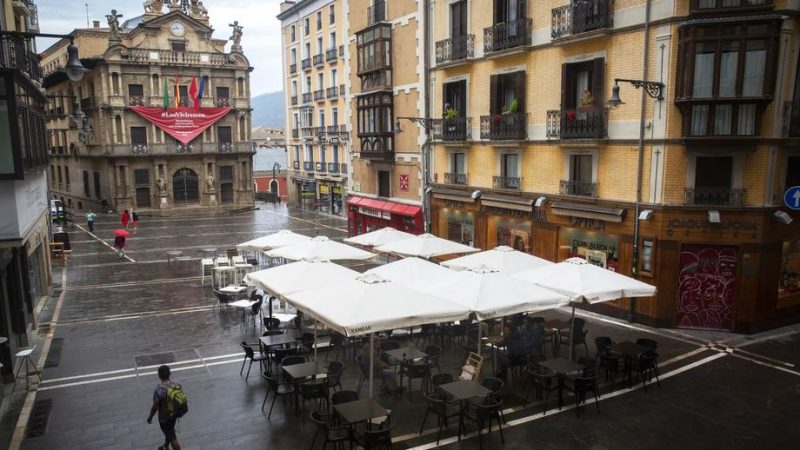 The Spanish autonomous communities of the north-east Aragón and Navarra regions on Monday (19 October) implemented new restrictions to curb the second wave of the COVID-19 pandemic, EFE reported. While bars and restaurants will only be allowed to be at half capacity, social meetings are limited to a maximum of six.

The entire region of Aragón with its 1.3 million people was put on alert ‘Level 2’, of the three levels under which Level 1 is the most critical.

The city of Navarra, which has 650,000 inhabitants, will introduce new partial lockdown measures and close bars, cafeterias and restaurants across the region to stop the number of COVID-19 infections from increasing, authorities in Navarra have announced, EFE reported.

The north-eastern city of Burgos in Castile and León is now under partial lockdown  as none can enter or exit the city except in certain cases, such as going to work, taking care of the elderly or going to the doctor.

Moreover, Spain has acquired 5 million antigen test units for €35 million to reinforce its stock of material against the virus, the health ministry announced on Monday (19 October).