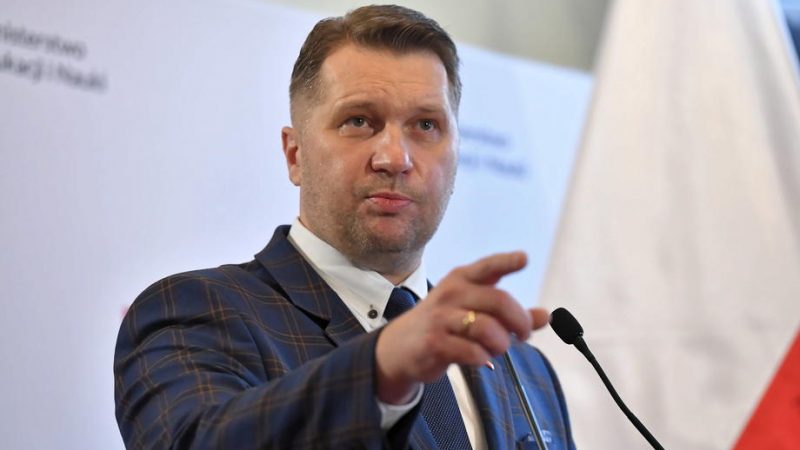 The ruling Law and Justice (PiS) party and the opposition clashed on Wednesday in parliament during the debate on the new amendments to the education law, which the government’s critics say will limit parents’ control over their children’s education.

The new law, dubbed “Lex Czarnek” after the unpopular education minister Przemysław Czarnek, which EURACTIV reported on last month, is intended to expand the power of government-nominated regional superintendents over schools.

If the bill is passed, the superintendents, who on behalf of the government control education and schooling in each of the 16 voivodeships (regions), will have control over which guests may be invited to schools, such as NGO members or police officers. They will also be able to suspend schools headteachers quickly.

“You bring back Communist standards,” said Aleksander Miszalski (Civic Platform, EPP) during the debate, referring to the government. “You usurp the right to anything, even the parents’ right to bring up their children,” added his colleague, Mateusz Bochenek.

The ministry explains the new law would facilitate the functioning of schools and will protect them from “harmful, neo-Marxist ideologies.” The opposition argues that the bill allows the government to prevent anybody who has another worldview than the ruling camp, especially LGBTI activists, from entering schools, while preventing schools from teaching things that are not in line with PiS’s views, like sex education.

“We care about Polish children, even if you don’t like it,” replied Czarnek to the opposition’s accusations. Referring to activists, he said they “space the children out, cause emotional problems and then say they are depressed.”

The controversial draft bill has returned to the parliament’s education committee, where it will be discussed on Thursday.