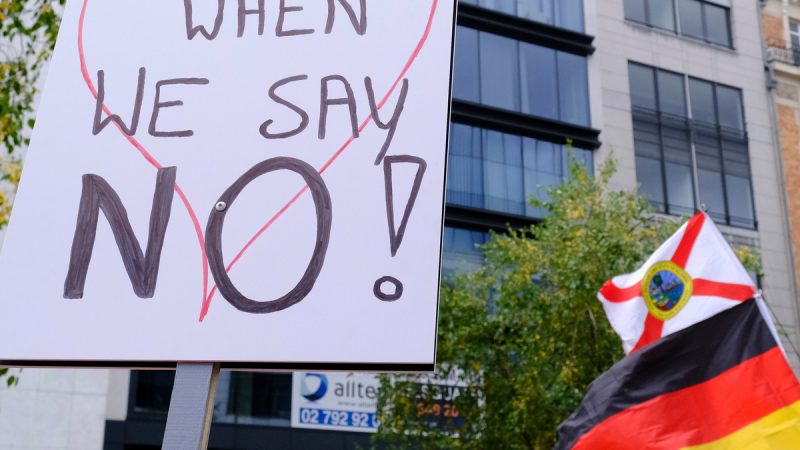 “We will get this off the ground,” Katrin Göring-Eckardt, head of the Greens in the German parliament, said about the prospect of changing the law to require vaccination for select professions, like caretakers in homes for the elderly and childcare workers.

Göring-Eckardt denied that an agreement had been made between the ‘traffic light’ parties regarding possible vaccination in daycare facilities and nursing homes. She said the parties would continue to discuss the matter but that such a decision would need to be regulated differently as the Infection Protection Act does not foresee such action.

For their future coalition partners SPD, something akin to a lockdown for the unvaccinated may be on the table.

The social democrat SPD, the Greens and the liberal FDP are in the midst of tense top-level negotiations in Berlin to have a functioning German government in place by early December.

For the FDP, who made significant gains in the September federal elections on the back of anti-lockdown and anti-restriction rhetoric, the prospect of supporting mandating stricter restrictions may cause issues in the coalition negotiations.

The more stringent measures proposed by the parties, like limiting social gatherings and making access, were “akin to a lockdown for the unvaccinated,” said co-head of the SPD in parliament, Dirk Wiese.

Removing the legal basis for more restrictive pandemic fighting measures like curfews and lockdowns had been the first victory of Germany’s future “traffic light” coalition.