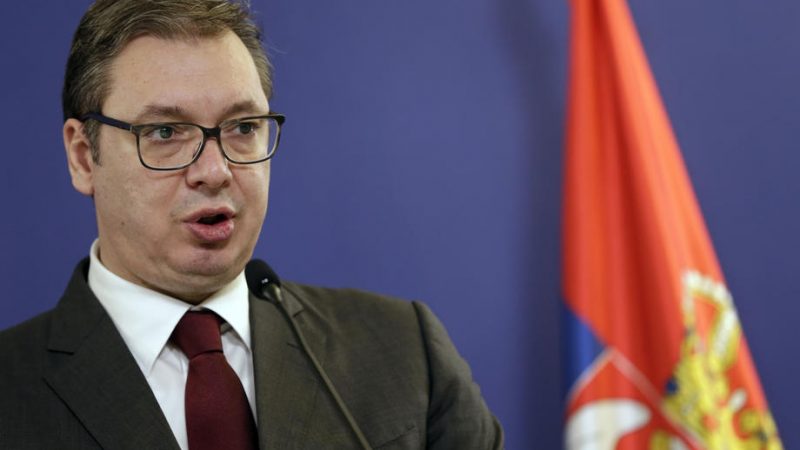 US goal is to see Serbia-Kosovo agreement centred on mutual recognition. [EPA-EFE/ANDREJ CUKIC]

A new variant of COVID-19 has arrived in Serbia, President Aleksandar Vučić told Prva TV in an interview in reference to the report of Health Minister Zlatibor Lončar, who confirmed the carrier was a female passenger from London, who presented a negative PCR test upon entering the country.

However, the infection was discovered in a timely fashion and the carrier isolated, Vučić explained. The president also mentioned a ‘true war’ which was being waged on the vaccines market, commenting that it was currently easier to buy nuclear weapons than a vaccine.

He also said that a true war was being led on the market for vaccines and that it was easier to buy nuclear weapons than a Covid-19 vaccine at this point.

“We have received zero vaccines from the Covax initiative, just like Montenegro and North Macedonia. Russia has sent us very little, as the Russians have encountered difficulties in production. But Serbia remains their first priority, followed by Hungary. We are negotiating with AstraZeneca, too, and we want their vaccine because it’s excellent,” Vučić said.