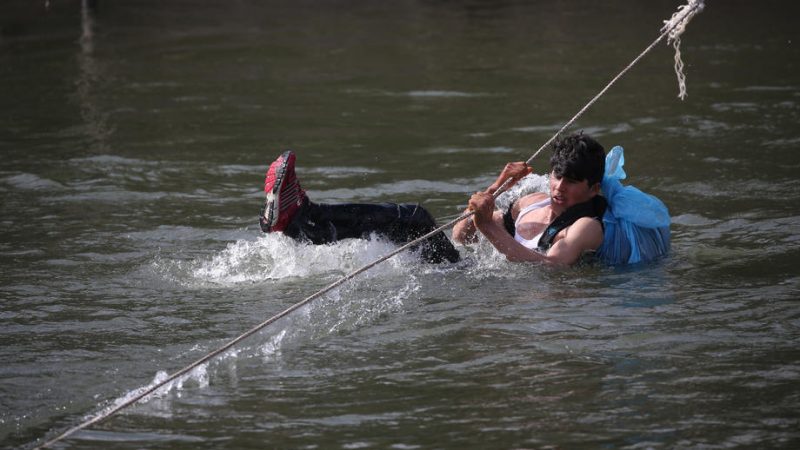 Greek cooperative daily Efimerida Syntakton (EfSyn) published another story of a migrant who died while crossing the Greek-Turkish borders. An NGO believes this is due to pushback tactics operated by the Greek police and border guards.

“All is good, we passed through,” the migrant who died at the border wrote in a message sent to his brother, along with a selfie. He had already developed flu symptoms, which worsened over the next few days until he could not follow his team, who dropped him off in the woods. He was found there on 30 September by three Syrians crossing the national park and alerted organisations, one of which contacted Alarm Phone.

“Alaa Muhammad al-Bakri’s death, if not his murder, would have remained a secret if the Alarm Phone team of WatchtheMed had not investigated the events,” EfSyn wrote Thursday.

According to a statement by the NGO on 30 August, the group informed the Greek authorities, the UNHCR, the Greek Ombudsman, and others that there were four men near the border, who wished to seek asylum, including a seriously ill man.

On 2 September, the organisation alerted the authorities again for a group of refugees on the Evros islet, including a dead man. According to EfSyn, comparing photos led to the conclusion that it was the same person. From the islet, the refugees called the Turkish army to rescue them, but they refused.

According to the report, three Syrians swam to the Turkish shore. The next day, five more Syrians repatriated from Greece arrived at the islet where they found Alaa dead and alerted organisations, including Alarm Phone. They were all rescued by the Turkish border guards, writes EfSyn.

“We hold Greece and the Greek National Police responsible for letting this young man die without treatment,” wrote the Consolidated Rescue Group, which was involved in the investigation.

“How he could not have been given the necessary and urgent medical attention, and how he was returned while in this situation,” the NGO wrote in a report. “His death was not inevitable, but instead it was the result of a regime of border violence and the practice of ‘refoulement’” the report concludes.

Greece has been repeatedly criticised over its border control tactics, which include pushbacks. The Greek government denies the accusations and has accused Turkey of pushing people to the borders instead of controlling legal movement. Evidence provided by different NGOs suggests that pushbacks are a common tactic.