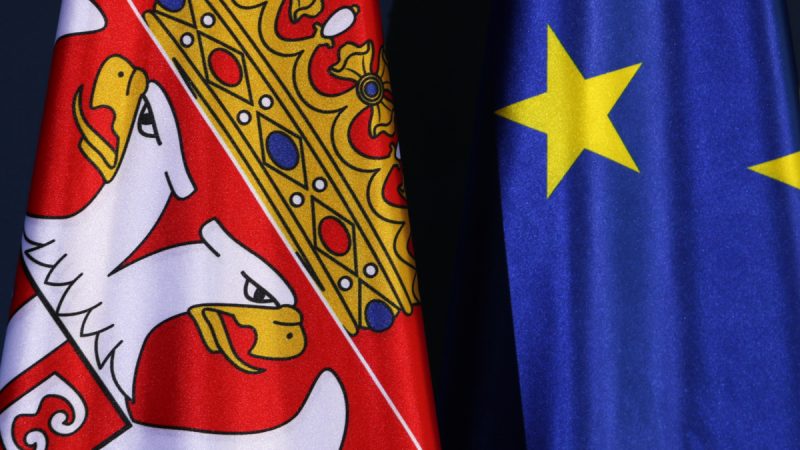 The elections scheduled for spring 2022 in Serbia are one of the reasons for the acceleration of formal activities in the pre-accession talks between Serbia and the EU. [Shutterstock / goja1]

The elections scheduled for spring 2022 in Serbia are one of the reasons for the acceleration of formal activities in the pre-accession talks between Serbia and the EU. Still, it is unlikely for election conditions to improve by then, according to the latest Alarm Report of the prEUgovor coalition unveiled on Thursday (18 November).

“It is highly likely that not all the problems indicated by the OSCE Office for Democratic Institutions and Human Rights (ODIHR) will be solved before the next elections, or that no adequate alternatives will be found,” stated the report.

The prEUgovor coalition – PrEUgovor is a wordplay meaning pre-agreement – noted that proposals from the two inter-party dialogues on election conditions that have been published so far did not offer clear solutions to some of the most important problems of financing election campaigns and using public positions for promoting political subjects.

The Serbian president, the government and public enterprise officials continued to use public resources and offices for political promotion, according to the report that covers the period from May to October 2021.

In that period, the report reads, a third of the activities of Serbian President Aleksandar Vučić were related to political promotion outside of his jurisdiction, such as visits to factories, construction sites, and infrastructure projects. The report added that the government had illegally formed a temporary supervisory body for monitoring the media during the election campaign.

The prEUgovor coalition consists of civil society organisations from Serbia that are experts on EU membership negotiations, especially in justice, fundamental rights, freedom and security.