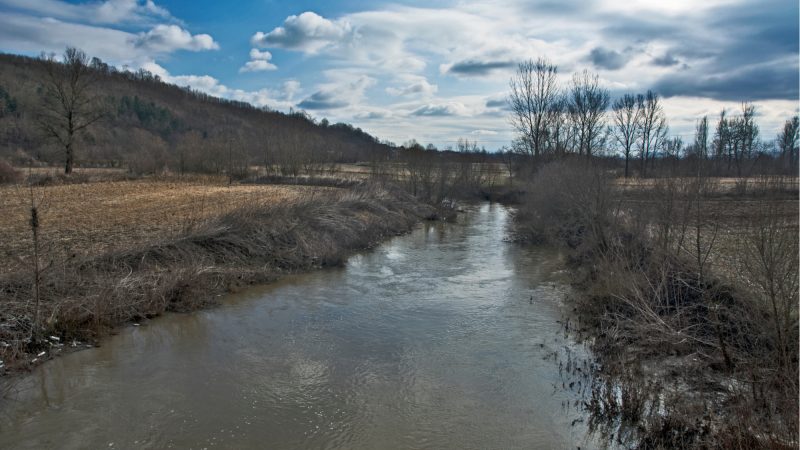 The charges allege that the company had substantially polluted the waters and soil in the wider Jadar River valley area. [Shutterstock/banedeki]

Two NGOs have filed criminal charges against Rio Tinto’s subsidiary in Serbia and their subcontractors, alleging that they polluted the environment.

The Coalition against Corruption in the Environment and the Drina valley anti-corruption team PAKT filed a criminal report with the Basic Public Prosecutor’s Office in Loznica against the Rio Sava Exploration company.

The charges allege that the company had substantially polluted the waters and soil in the wider Jadar River valley area, in western Serbia, by installing some 125 observation devices monitoring the level of underground waters since 2015 in violation of environmental protection regulations.

The company made settlement deals with several owners of the affected fields, thereby admitting that it had indeed caused damage to the environment, the NGOs said. Copies of the damage settlement contracts were also submitted along with the charges.

The NGOs filed another criminal complaint with the Higher Public Prosecutor’s Office in Kraljevo against the Chinese China Communications and Construction Company (CCCC), which is carrying out works on the Preljina-Požega highway.

The two organisations said the company was participating in the illegal extraction of river gravel from the Western Morava river, and said this was typical example of why the authorities are in the process of changing the Law on Waters.

“They want to legalise such activities that greatly threaten the rivers close to which the major highways are being built – the Sava, the Drina, and the Western Morava,” the NGOs said.