‘No common ground’ in Cyprus talks in Geneva 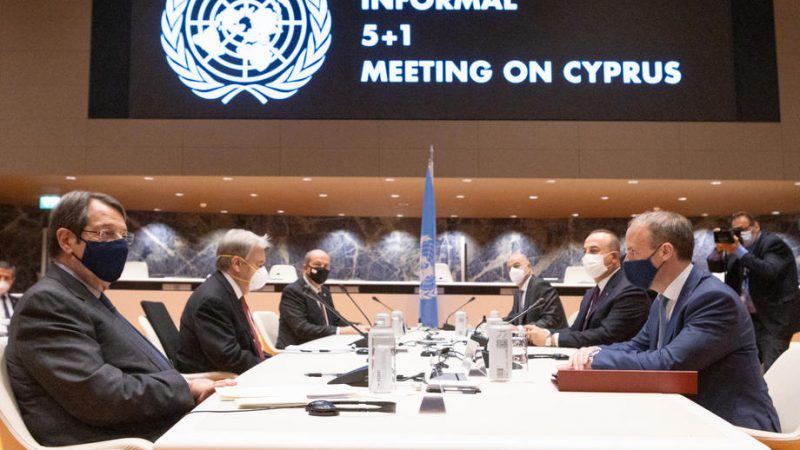 No common ground was found to restart the negotiations on the Cyprus issue, after an unofficial five-way meeting held in Geneva which ended in deadlock after three days of talks, the UN announced on Thursday.

UN Secretary-General Antonio Guterres told a news conference that the UN will probably hold another meeting two to three months from now, in the hope of kick-starting negotiations.

“The truth is that at the end of our efforts, we have not yet found enough common ground to allow for the resumption of formal negotiations,” he added.

The two sides lacked consensus to resume peace talks. The Greek-Cypriots support the idea of a federal system, as proposed by the UN, while the Turkish-Cypriots promote a two-state deal. From the Greek-Cypriot viewpoint, the Turkish two-state solution proposal violates the UN-backed resolution plan and will under no circumstances be accepted.

“Greece went to the unofficial five-part meeting called by the UN secretary-general with aim of creating the conditions that would allow the restart of the negotiations within the context set explicitly by the UN Security Council, namely of a bizonal, bicommunal federation,” said Greek Foreign Minister Nikos Dendias.

“There is not one single chance of Turkey or the Turkish Cypriot side succeeding in this. This was something which was pointed out by the Secretary-General,” Anastasiades told reporters in Geneva.