No-confidence vote against PM Janša to take place on Wednesday 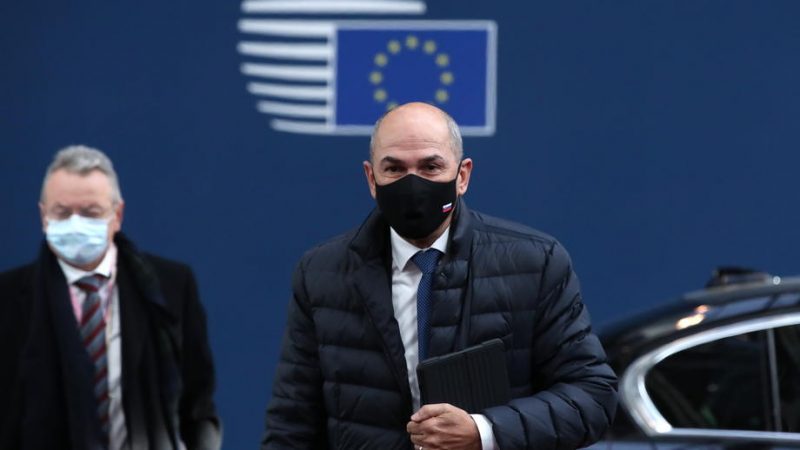 A vote of no-confidence should certainly be executed within the timeframe set by the Constitution and the rules of procedure, emphasised Zorčič. [EPA-EFE/YVES HERMAN]

Slovenian parliament Speaker Igor Zorčič has rejected calls to postpone the vote on the no-confidence motion against the government of Prime Minister Janez Janša due to possible coronavirus infections.

A vote of no-confidence should certainly be executed within the timeframe set by the Constitution and the rules of procedure, emphasised Zorčič. The deadline is no later than seven days from the introduction of the proposal, meaning that Friday will be the last day, and Wednesday will be the first day of the extraordinary parliament session.

The no-confidence motion against Prime Minister Janez Janša’s government was filed by an informal centre-left opposition coalition known as the Constitutional Arch Coalition, which includes the Social Democrats (SD).

However, on Monday, a rapid antigen test showed that Matjaž Han, the leader of the opposition deputy group of the Social Democrats (SD), had been infected with COVID-19, while SD MP Matjaž Nemec is still awaiting a test result. Meanwhile, an expert working for the deputy group tested positive Saturday.

The opposition group currently has only 42 votes of the 46 votes needed. Although they were hoping to have more votes in favour of the motion of no-confidence during the secret ballot, two absent MPs could ensure the government passes the test.

DeSUS leader Karl Erjavec will decide by midday Tuesday whether to temporarily withdraw his consent to the bid to become a prime minister-designate. He believes it would be right to continue with the no-confidence motion once all MPs can vote.