No dialogue in this round between Kosovo and Serbia 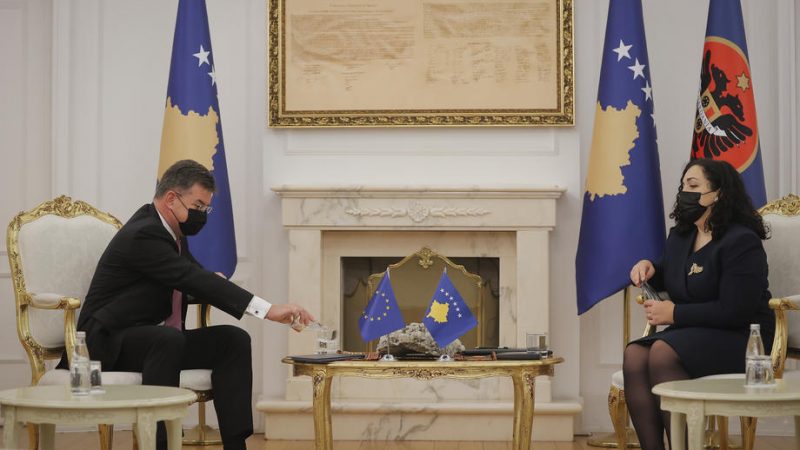 EU Special Representative for the Pristina-Belgrade Dialogue Miroslav Lajcak (L) gestures during a meeting with President of the Republic of Kosovo Vjosa Osmani (R) in Pristina, Kosovo. [EPA-EFE / VALDRIN XHEMAJ]

The next round of dialogue between Kosovo and Serbia has failed before it even started as the two countries could not decide on which topics to discuss.

Despite EU envoy Miroslav Lajcak meeting with both parties on several occasions in Brussels this week, the deadlock could not be lifted. Kosovo wanted to discuss the missing 1600 Kosovo Albanians following the end of the 1998-1999 war.

They refused to have the topic of the dialogue focussed purely on Serbia’s demand which was the establishment of Serb-only municipalities that would have executive powers.

Kosovo’s Constitutional Court previously ruled that such municipalities would be unconstitutional as they would equate to a second government, therefore undermining sovereignty. Prime Minister Albin Kurti has previously spoken out over a possible Bosnia and Herzegovina model, saying it would be dysfunctional.