No end in sight for Romania’s government crisis 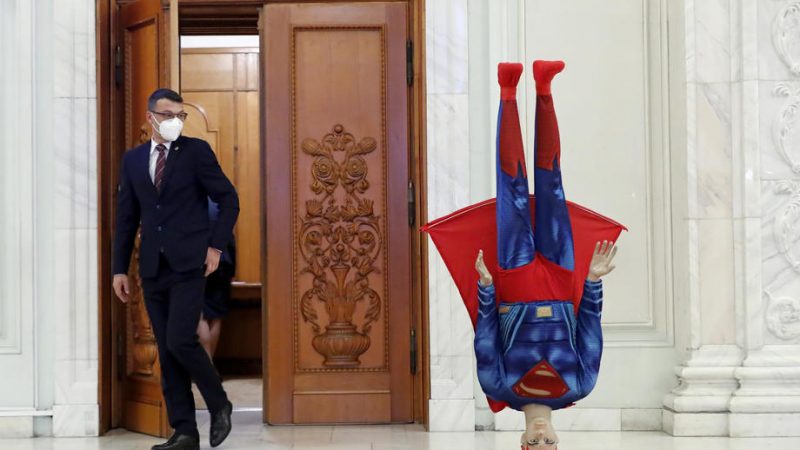 Romania has an interim government and an awful situation in its hospitals due to the COVID-19 pandemic. [EPA-EFE / ROBERT GHEMENT]

Romania has an interim government and an awful situation in its hospitals due to the COVID-19 pandemic. However, there seems to be no quick fix for the political crisis.

President Klaus Iohannis called political parties for consultations on Monday (11 October) after the government lost a confidence vote in Parliament last Tuesday. But there are slim chances a solution will emerge after Monday’s talks.

PNL, the governing party, initially proposed incumbent Florin Citu to form a new government but later announced it would not submit a  name in the first talks with the president. Iohannis supported Citu to take over the presidency of PNL and would still like to have him as prime minister, but getting support for a dismissed prime minister could prove tough.

USR, the party that retreated from the government after a dispute with Citu, said it would like to stay in the coalition with PNL, but with a different prime minister. But there is already bad blood between the two parties. USR voted for the censure motion that brought down the government, and there were multiple attacks from both sides. Furthermore, president Iohannis spoke several times against USR and their alleged alliance with the socialists PSD and far-right party AUR.

Dacian Ciolos, the new president of USR, played down the accusations, saying they are just political statements. He said he is willing to negotiate with PNL and ethnic Hungarian minority party UDMR to build a new government, adding that USR would not be part of a coalition with a different composition.

Opposition socialists say they would not come up with a proposal for prime minister, as they are only interested in organising early elections.

But it is hard to believe president Klaus Iohannis would call early elections even if Constitutional conditions would be met. PNL is polling considerably lower, with PSD and AUR gaining significant ground since the general elections held less than a year ago.

In this complicated political puzzle, the fourth wave of the COVID pandemic has hit Romania very hard, drawing comparisons with the situation in Lombardia in the spring of 2020. Hospitals struggle to find beds for COVID patients, with intensive care units overflowing and the number of severe cases rising day by day.

With one of the lowest vaccination rates in the EU, only around one-third of the eligible population are fully vaccinated, Romania currently has one of the highest number of daily deaths due to COVID and the pandemic situation has been described as catastrophic by president Iohannis.