No progress in democracy and EU values in Hungary, Commission says 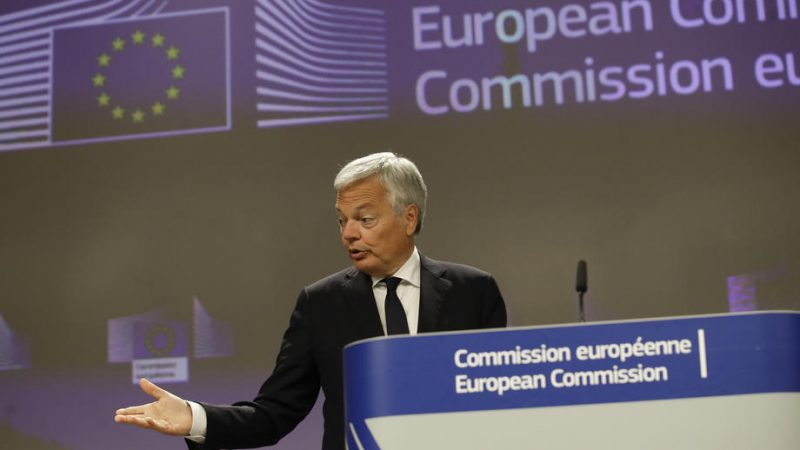 The European Commission had few positive words to offer about democracy and respect for EU values in Hungary following a hearing on the drawn-out Article 7 procedure on Monday (23 May).

Article 7 outlines procedures for suspending certain rights from a member state in case of a breach of EU values countries signed up to when joining the bloc.

“Unfortunately, I cannot report back to you on more positive developments,” EU Justice Commissioner Didier Reynders told reporters following the meeting of bloc ministers in Brussels.

The European Parliament triggered the procedure against the government in Budapest for breaking EU rules and values in 2018. However, the highly political procedure, which could potentially see Hungary lose EU voting rights, has gone nowhere with the European ministers.

This is only the third hearing on the Hungarian procedure. The first hearing was held on 16 September 2019, almost a year after the European Parliament triggered Article 7 proceedings against Hungary.

Speaking to journalists before the meeting, European Commission Vice-President Vera Jourova echoed the sentiment: “unfortunately, I don’t have many good news to report.”

“Media continues to be under political pressure, a lot of institutions don’t meet the criteria of independence from the ruling party, and the Pegasus [spyware] issue must be discussed,” she added.

The Council will require a four-fifths majority to make recommendations, the first in a long list of steps toward applying sanctions. Sanctions under Article 7 of the EU treaty could result in a suspension of voting rights.

However, Mikulas BEK, Minister for European Affairs of Czechia, attempted to strike a positive tone following the debate, who described part of the debate to be “relatively close to a dialogue.”

“In the past, it seems to me the debate resembled more a set of monologues, but today, at least part of the debate was a little bit more optimistic for me,” he said.