‘Non-grata’ Sali Berisha to run for leader of Albanian opposition 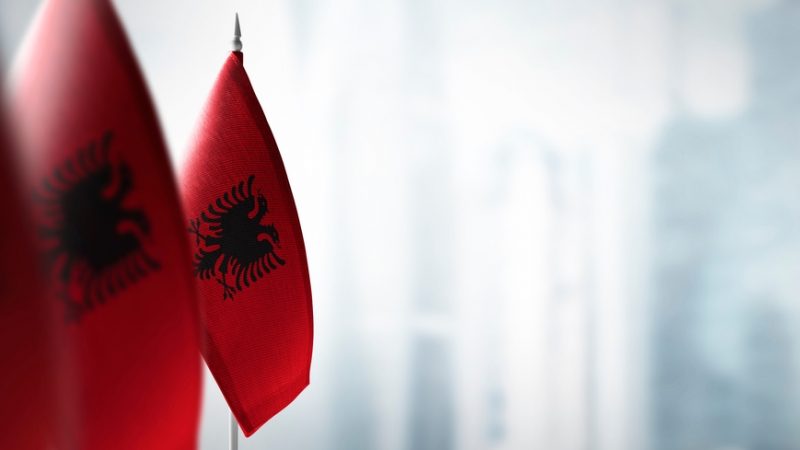 In 2021, Berisha was designated as persona non-grata and banned, along with his family, from entering the US for what the State Department describes as involvement in “significant corruption”. [Shutterstock/BUTENKOV ALEKSEI]

In 2021, Berisha was designated as persona non-grata and banned, along with his family, from entering the US for what the State Department describes as involvement in “significant corruption”.

Following his designation, Basha expelled him from the PD parliamentary group the day before parliament was due to start. This decision came after significant pressure from the US and comments from EU diplomats that it would be hard to work with someone who is sanctioned.

But Berisha did not go quietly and rallied his supporters to take back control of the party, leading to protests in January.

Berisha announced his intention to return as leader over the weekend following a visit to party headquarters to meet with the other faction of the divided party.

Alibeaj said that the interests of the Democratic Party could not be served by someone who has been designated for corruption by the United States.

“The PD cannot build its future by looking towards the past,” according to Alibeaj, who added that he had asked Berisha to resign.

Furthermore, the acting leader declared that they would be appealing the ruling of a Tirana Court, which essentially ratifies Berisha’s grouping and the decisions taken by its National Assembly in December.

Earlier this week, the formal PD had announced that they are not going to hold leadership elections until after the local elections of Summer 2023.

Berisha’s Refoundation Group, however, had planned to select new party leadership this Spring.

Former British ambassador to Albania, Duncan Norman, said in an interview last week that the future leader should maintain “the highest ethical and professional standards.”

“I want to say that internationals find it difficult to work with any figure who does not have those ethical and professional standards,” he continued.