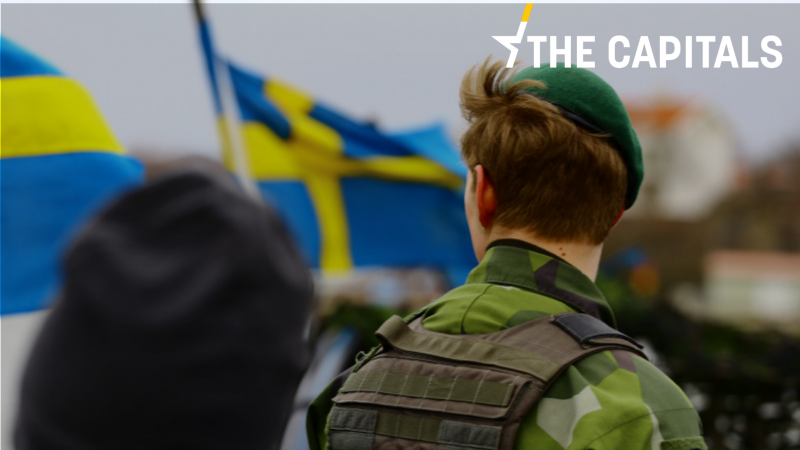 The statement is in line with the views of the Baltic States and Poland. Neighbouring Finland has been a stronger advocate for a European rapid reaction force. [Shutterstock/wideshuts]

***This article has been updated with a quote from the minister.

The proposal made by EU defence ministers of a European rapid reaction force to respond quickly to crises in the wake of the Afghanistan crisis has not been welcomed by everyone, including Swedish Defence Minister Peter Hultqvist.

“I do not see that as the main line for solving these problems,” Hultqvist said.

Cooperation with the US is the backbone of European security, the defence minister told Swedish Radio, pouring cold water on the current EU defence debate.

In the wake of the Afghanistan crisis, EU defence ministers last week had discussed proposals for a rapid reaction force and the possibility to move towards ad-hoc military cooperation between interested EU member states.

According to him, the link across the Atlantic remains particularly important for the balance and stability “in our part of the world,” he said, adding that what is happening in Russia poses “a threat” to Sweden, which continues to cling to its non-NATO status.

Support for Sweden’s possible future NATO membership has been on the rise for a while, with public opinion in favour and the current majority in parliament intending to keep alive the possibility to apply for membership at some point in the future.

Hultqvist’s statement is in line with the views of the Baltic States and Poland, while neighbouring Finland has been a stronger advocate for an European rapid reaction force.

The EU’s efforts to create such force have been around for more than two decades, when after the Kosovo crisis, EU leaders made the decision to establish a joint unit of some 50,000 soldiers by 2003, but such plans never materialised.

In a subsequent attempt, the bloc created of a system of EU battalion-sized battlegroups of 1,500 troops in 2007, which have never been used in operations either due to disputes over funding and reluctance to deploy.

The EU will present a draft proposal of a potential “first entry force” in November and wants to seal the deal when France takes over the six-month EU Council presidency from January 2022.

During the ongoing debate, and considering the opposition inside the EU, French President Emmanuel Macron had so far taken a step back and toned down his usually vocal calls for a common European defence.

However, analysts suggest that he will warm up the issue during the French election campaign.

Striking Macron’s usual tone, EU Internal Market Commissioner Thierry Breton, whose portfolio includes defence industry and space, said that common defence was “no longer optional” and that the EU must become capable of operating military missions in “full autonomy” at its border and elsewhere.

Germany’s Chancellor Angela Merkel so far had prefered to see NATO remain the centrepiece of European defence. A current proposal from Germany instead backed the idea of “coalitions of the willing” among members states coming together to tackle future crises. The discussion in November may take a different turn after the German elections.