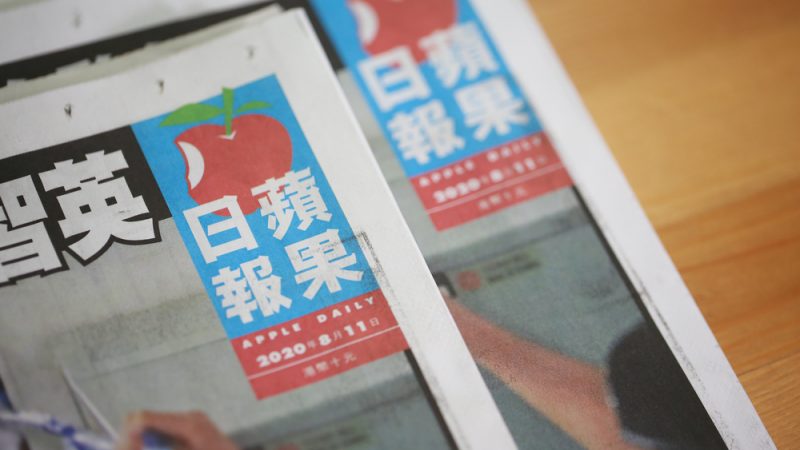 File photo. A woman sells magazines and newspapers at a kiosk in A Coruna, Galicia, northern Spain, 31 March 2020. [Calabar/EPA/EFE]

Four leading newspapers in Finland, Sweden, Denmark and Norway simultaneously published a joint petition on Thursday, to coincide with the 100th anniversary of the Chinese Communist Party, protesting the closure of the Daily Apple newspaper, and measures to control and censor radio, television, the internet and individual journalists in Hong Kong.

In the petition, the editors-in-chief of Helsingin Sanomat, Dagens Nyheter, Politiken and Aftenposten express their “worry and consternation” about the way the Chinese authorities are increasingly “criminalising” free, independent and critical journalism.

Showing their support to the colleagues in the Daily Apple and other independent news outlets, the editors’ letter says that the attacks against the free press waged by China’s leaders are nothing but a sign of weakness. To be true to its name, the Peoples’ Republic of China should be working for the benefit of its citizens, not for the benefit of its ruling class, states the petition.

According to the signatories, resistance will only grow every time Beijing tries to suppress the opposition and free media. “When one voice is crushed there is always a new one born.” The four editors, Kaius Niemi (Helsingin Sanomat) Peter Wolodarski (Dagens Nyheter), Christian Jensen (Politiken) and Trine Eilertsen (Aftenposten), also make a pledge to increase reporting on the “frightening development” taking place in Hong Kong – “by utilising our freedom, something that our colleagues in Hong Kong are deprived of”.