North Macedonia must change its constitution ahead of membership talks, Bulgaria tells EU 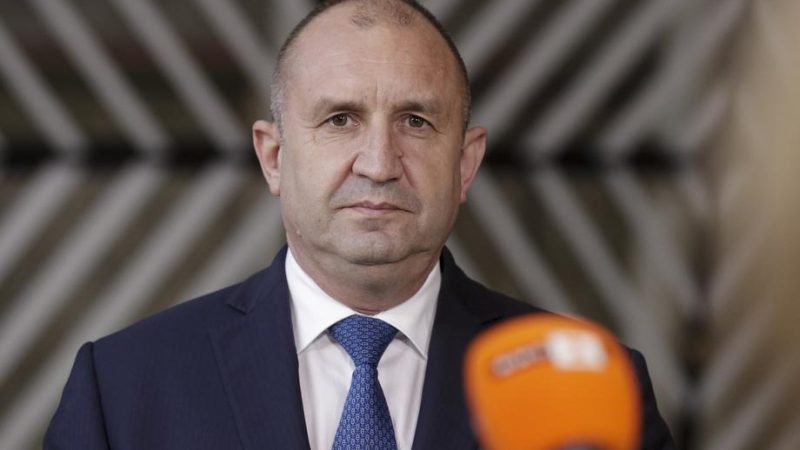 The risk to supplies is financial and is related to EU sanctions against Moscow, the Bulgarian online media Mediapool.bg has reported. [EPA-EFE/OLIVIER HOSLET / POOL]

Bulgaria expects constitutional guarantees for the observance of the rights of Macedonian Bulgarians before the start of negotiations for North Macedonia’s EU membership, said President Rumen Radev during his meeting with EU ambassadors.

Radev pointed out that Bulgaria expects understanding, solidarity and support from its European allies on the issue of the European integration of North Macedonia.

For months, Radev insisted that Skopje change the constitution so that Bulgarians could be included in it and other ethnic minorities. Reportedly, some 120,000 Macedonians have Bulgarian passports.

“Bulgaria is actively working and supporting the European perspective of its neighbours in the Western Balkans as the surest measure to ensure the security, stability and economic progress of our region,” said Radev.

“Therefore, Sofia expects to achieve concrete results both in the fields of economy and connectivity and in terms of open bilateral issues in the dialogue with North Macedonia”, the president told the ambassadors.

He pointed out that the observance of the rights of the Macedonian Bulgarians, the strengthening of hate speech laws and the violations on the Bulgarian cultural and historical heritage stand out among the unresolved political issues.

“Leaving these issues aside will also slow down progress in the process of European integration,” Radev said.

He pointed out that the intensification of the bilateral dialogue with North Macedonia is a positive sign. However, Bulgaria does not expect new assurances, but constitutional guarantees for the observance of the rights of Macedonian Bulgarians before the start of EU negotiations, added Radev.