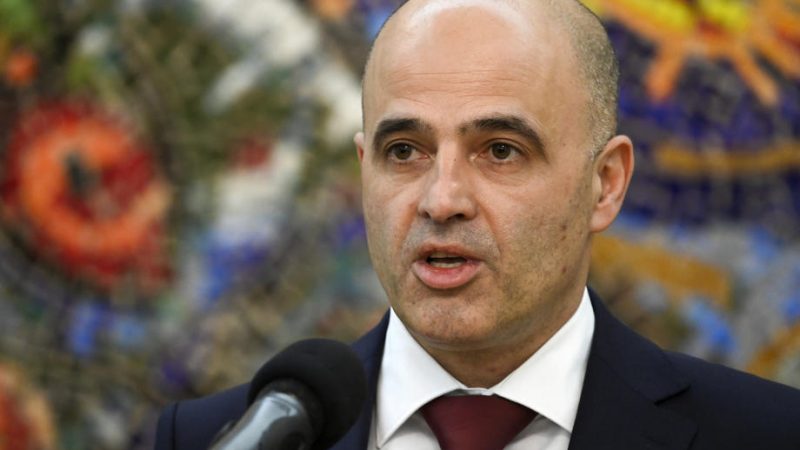 The new coalition cabinet, led by Kovacevski’s Social Democrats (SDSM), was backed by 62 MPs of those present in the 120-seat parliament. Forty-six lawmakers voted against.

Presenting his agenda to the parliament on Saturday, Kovacevski had said a key goal of his government would be “higher and sustainable economic growth”.

He also promised to address the country’s energy crisis and to try to bring it closer to the EU.

Kovacevski, 47, assumed leadership of the SDSM helm last month. He takes over as prime minister after the previous, government, also SDSM-led, survived a no-confidence vote in November after weeks of negotiations with smaller parties.

Ever since however, the opposition has accused the government of lacking legitimacy and has called for early elections. Kovacevski insists the elections will be held as scheduled in 2024.

As deputy finance minister Kovacevski, who holds a PhD in economics, kept a low profile. Political analysts have questioned whether he will be able to negotiate the challenges the nation faces.

At home, they say, he will have to face the complex relations within the ruling coalition and the corruption crippling the country’s economy. His biggest foreign policy challenge is thought to be getting progress on EU membership talks, which are stalled because of the opposition of Bulgaria.

Kovacevski’s first challenge will be to engage in a dialogue with Bulgaria over Sofia’s veto on North Macedonia starting accession negotiations.

Bulgarian Prime Minister Kiril Petkov, who arrives in North Macedonia on Tuesday for meetings with the new government, was quoted in the press in Skopje saying that he comes with a constructive tone and readiness for a new beginning