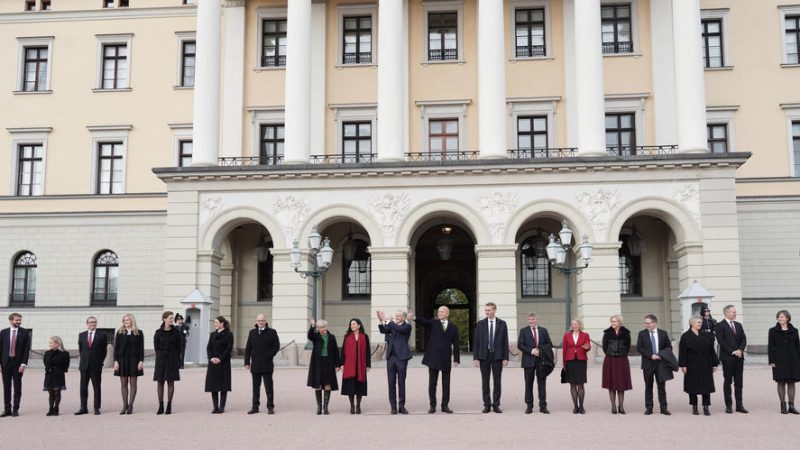 The new minority government of the Labour Party and Centre Party, sworn into office on Thursday. [EPA-EFE / OLE BERG-RUSTEN]

The new minority government of the Labour Party and Centre Party, sworn into office on Thursday, has differing views regarding the EU. While Labour is in favour of having strong cooperation with its “European neighbours”, the rhetoric of the Centre party would make even Brexiteers blush.

In its statement “No to the EU” published on the Centre Party website on 15 March 2021, the party talks of the 1994 EEA agreement as a “straitjacket” making everyday life difficult and adds that Labour was one of the parties behind the “unfortunate” agreement.

Thus, the EEA agreement should be renegotiated “without the waiver of sovereignty by Norway”. The country should also withdraw from the Schengen agreement and “say no to over-guardianship from the bureaucrats in Brussels”, the Centre Party argues.

Some 80% of Norway’s exports go to the EU, and around 60% of imports originate from EU countries.

The government of Jonas Gahr Støre (Labour) has 19 ministers, ten of them women. The two parties hold 76 of parliament’s 169 seats. Negotiations will be needed with the opposition but also within the coalition.

Norway’s former conservative government labelled the country as a “partner for Europe” and pursued cooperation with the EU and commitment to the European Economic Area (EEA) and Schengen agreements.