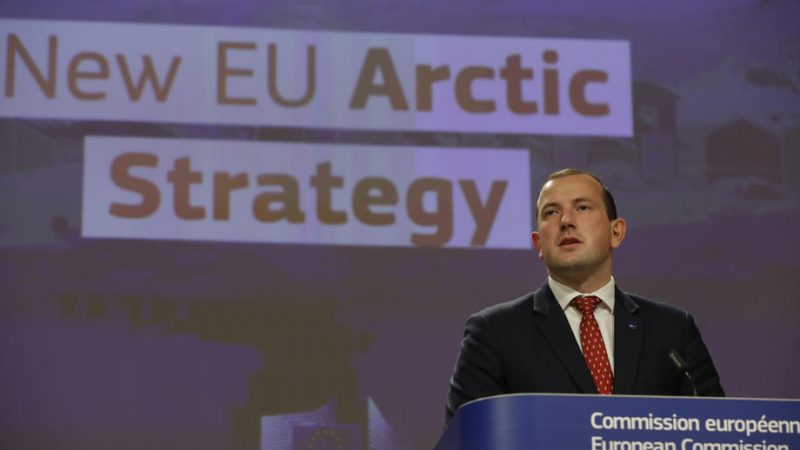 According to the strategy, the EU will seek a ban on tapping new oil, coal and gas deposits in the Arctic in order to protect a region severely affected by climate change. [EPA-EFE / OLIVIER HOSLET]

The country’s incoming centre-left government has said it will seek to grow the country’s lucrative oil and gas industry while striving to cut carbon emissions. The comments came only a day after the EU pledged to pursue a ban on exploiting new fossil fuel deposits in a new regional strategy.

According to the strategy, the EU will seek a ban on tapping new oil, coal and gas deposits in the Arctic to protect a region severely affected by climate change. A ban would also prevent possible tensions over resources, the EU believes.

The future of Norway’s oil and gas industry had been one of the leading issues in the fiercely fought election campaign and coalition talks.

When unveiling its future energy policy, Norway’s Labour Party-led coalition included a pledge to slash net emissions by 55% by 2030. It announced the country’s move towards green energy would be gradual.

“The oil and gas sector will be developed, not dismantled,” the coalition said in a policy document released earlier on Wednesday.

Norwegian officials said to EURACTIV that this would not be a contradiction as much of Norway’s oil and gas is used outside of Norway, which means the emissions caused by it are not counted into Norway’s totals.

Norway is western Europe’s largest oil and gas producer. Meanwhile, the EU is a net importer of Arctic oil and gas and estimates it is responsible for 36% of the Arctic’s black carbon deposits.