Now is not the time to leave Afghanistan, says Finnish FM 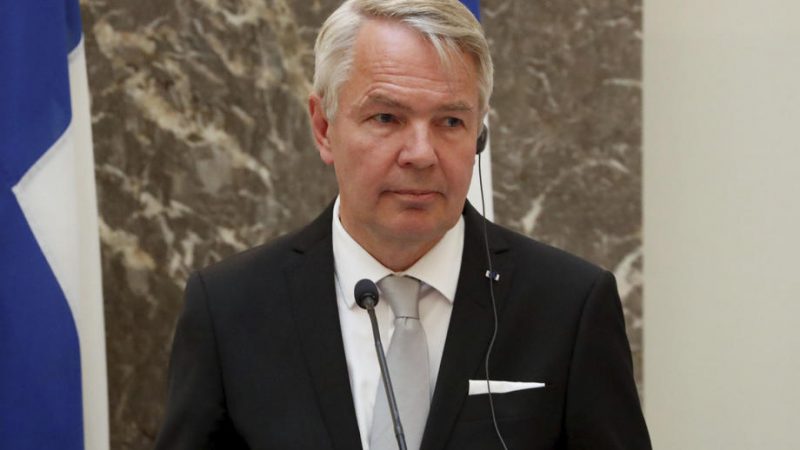 Before the Afghanistan Conference started on Monday - which was carried out almost virtually due to COVID-19 restrictions - Haavisto said he had sensed growing concern that Afghanistan were to again become a breeding ground for ISIS fighters. [EPA-EFE/TOMS KALNINS]

The US withdrawing its troops from Afghanistan would impact the ability of the Afghan government to control areas that are now relatively stable, Finnish Foreign Minister Pekka Haavisto (Greens) said after US President Donald Trump’s administration announced its plan to bring back some of the US troops stationed there.

“I’m of the opinion that there shouldn’t be any too-rapid changes, or at least things should be well organised and well-coordinated between the international community and the Afghan government,” Haavisto told the News from Finland on Monday ahead of the Afghanistan Conference that takes place in Geneva on Monday and Tuesday. The move would also make it more difficult for NATO states and their allies, like Finland, to continue operations in the region.

Before the Afghanistan Conference started – almost virtually due to COVID-19 restrictions – Haavisto said he had sensed growing concern that Afghanistan could again become a breeding ground for ISIS fighters after he had been on a call with state representatives from Pakistan, Iran and India.

“Everybody understands that if we now abandon Afghanistan, if we now think that it’s irrelevant, we will find it in front of us later,” said Haavisto.

The aim of the Afghanistan Conference is to “commit the Afghan government and the international community to shared development objectives for 2021-24, to coordinate development cooperation, and to ensure financial support for the administration.” Expected are also a political declaration and a new aid architecture. Finland and the EU have emphasised the improvement of the status of women and girls.

Finland has participated in stabilisation, reconstruction and development efforts in Afghanistan since 2002. From 2017–2020, Finland has supported Afghanistan annually with nearly €30 million. Currently, 60 Finnish soldiers are deployed in the country.