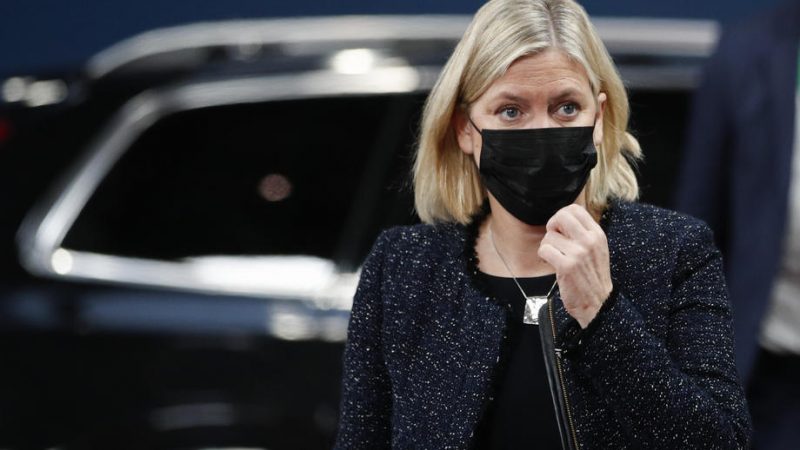 As Sweden’s new Social Democrat Prime Minister Magdalena Andersson attended her first European Council summit on Thursday, a debate over the inclusion of nuclear energy in the EU’s taxonomy dominated the Riksdag’s Committee on EU Affairs.

Although COVID-19, high energy prices and the migrant crisis on the border with Belarus dominated Thursday’s European Council’s agenda, when PM Andersson consulted with the EU affairs committee of Sweden’s parliament ahead of the meeting, the energy issue took centre-stage.

The role of nuclear in the European Commission’s proposal for EU Green Taxonomy is expected to be presented on 22 December. The rules that will apply to investments for climate-sustainable projects are at the core of the discussion.

Whether natural gas and nuclear power should be classified as sustainable divides EU countries and MEPs. Despite being a nuclear country, Sweden has decided not to take sides.

”The government’s view is that nuclear power will be an important source of energy during the transition and that there is, therefore, the reason for it to be included in the taxonomy,” said Andersson. ‘

‘However, we do not share the view that it should be claimed to be a sustainable energy source in the same way as wind or hydropower, ” she added.

A majority in the Riksdag’s EU Committee expects Andersson to argue in favour of nuclear power when she meets with her EU colleagues.

Swedish parties that defend nuclear power, such as the centrist Moderates, Liberals, the Christian Democrats and far-right Sweden Democrats, welcomed the slight shift in Andersson’s position.

Her party has so far been opposed to the inclusion of nuclear energy in the EU’s taxonomy.