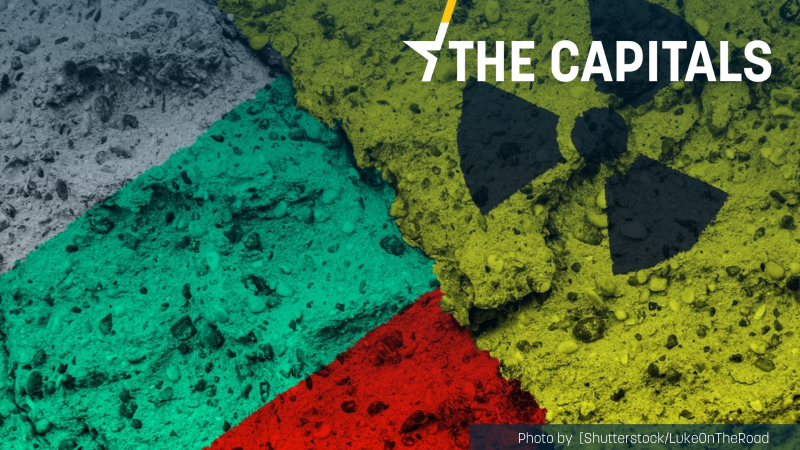 The Belene project, which is to be implemented with two Russian nuclear reactors, is creating serious political tensions between liberal pro-European 'Change Continues' and 'Democratic Bulgaria' and the pro-Russian Bulgarian Socialist Party, which are coalition partners. [Shutterstock/LukeOnTheRoad]

Leading figures in the Bulgarian government are looking for a way out of a 40-year project to build a second nuclear power plant near the Danube island of Belene. The Belene project, which is to be implemented with two Russian nuclear reactors, is creating serious political tensions between liberal pro-European ‘Change Continues’ and ‘Democratic Bulgaria’ and the pro-Russian Bulgarian Socialist Party, which are coalition partners. President Rumen Radev has also insisted on a swift decision on the nuclear project.

Currently, Bulgarian energy is dependent on Russia. About 70% of the gas Bulgaria uses is Russian, the nuclear reactors at the Kozloduy power plant are filled with Russian nuclear fuel, nuclear waste is exported to Russia, and the largest oil refinery in the Balkans – near the Bulgarian city of Burgas – is owned by Lukoil.

‘Change Continues’ wants to change that.

Amid the crisis in Ukraine, Prime Minister Kirill Petkov has twice said he will not build the Belene project with two Russian reactors already purchased and delivered.

Using Russian nuclear reactors at Belene also means orders from Bulgaria for the Russian state-owned company Rosatom. Prime Minister Petkov stressed that Bulgaria had nuclear fuel for two years and there is no immediate threat to Bulgaria’s nuclear energy, but energy experts say the country must make a long-term decision.

Prime Minister Petkov’s comments immediately provoked a reaction from the Socialist Party. Under pressure from the socialists, Bulgaria will launch a new analysis of the viability of the Belene nuclear project. Belene’s status is also being used by the pro-Russian far-right Vazrazhdane party, which supports Bulgaria’s exit from the EU and NATO.

Last week, a large Bulgarian delegation visited the United States, led by influential Deputy Prime Minister Asen Vassilev. Nuclear energy was one of the main topics discussed, with Bulgaria exploring whether it can use US nuclear fuel at the current Kozloduy power plant instead of Russia’s.

As early as January 2021, the government of Boyko Borissov approved a report supporting the construction of a new nuclear power unit at Kozloduy with a Russian reactor, but American technology. However, for such a hybrid to work, the participation of Rosatom is required. Such a Russian-American partnership now seems impossible.

EURACTIV understands that leading figures in the Bulgarian government are considering the possible benefits of the American small modular reactors or the Westinghouse reactor – AP1000.

Bulgaria has enough time to decide

Vladimirov says the nuclear project should be talked about economically, not politically. He says that American interests in the export of modular nuclear reactors are visible, as they are trying to launch the technology in Poland, the Czech Republic, Slovakia and Ukraine.

According to him, it is better for Bulgaria to wait a few years for the price to fall because otherwise, the electricity produced would be more expensive than that of Russian reactors. He added that Bulgaria will need new nuclear power after 2040 when coal-fired power plants close.

Bogomil Manchev, chairman of the Bulgarian Bulatom Atomic Forum and a longtime supporter of the Belene project, says that Bulgaria needs both projects because of the Green Deal. He called on Bulgaria to wait for modular nuclear reactors to start operating in the United States first, to see what defects they could cause in the first years.

If the Belene project is terminated, the unresolved question is what will happen to Russia’s two stored 1,000-MW reactors. Bulgaria paid €620 million for them, and their upkeep depends on the Russian Atomstroyexport. The expectation is that the current government will not carry out the Belene project, but it will not be permanently terminated due to the different positions of the coalition partners towards Russia.

In the meantime, Bulgaria has made changes to its energy projects to avoid increasing its dependence on Russian gas. In the first version of its EU recovery plan, there was a project to build a gas-fired power plant to replace part of Bulgaria’s dependence on coal, but it was rejected.

“You know, in the growing conflict between NATO and Russia, we have a high risk of potential sanctions and potential uncertainty in gas supplies. At the same time, the plan we found included a gas-fired power plant that would reduce Bulgaria’s energy independence,” PM Petkov said on 4 February.

Instead of a gas-fired power plant in the coal area of the Maritza Iztok thermal power plant, a plan to build a waste incineration plant that will produce electricity will be proposed.

>> Also read an exclusive interview of EURACTIV with Bulgarian Prime Minister Kiril Petkov who said with the current prosecutor general, change in Bulgaria will not happen and corruption will not be eradicated.