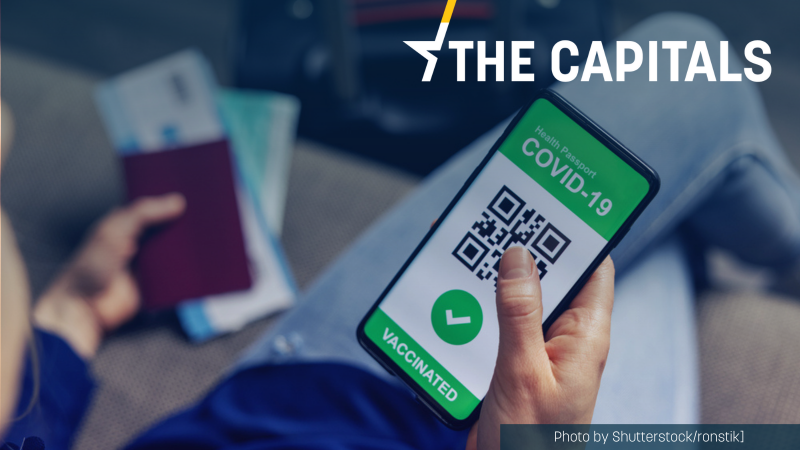 Meanwhile, the European Parliament moves back to remote working after the holidays, while the next plenary is still planned in presence but with measures to allow physical distancing. [Shutterstock/ronstik]

A sharp rise in COVID-19 cases across Europe and the fear over the still unknown Omicron variant has put the EU COVID certificate to the test, as a growing number of countries have imposed additional travel restrictions, which in practice cancel its raison d’être.

As European Commission hopes for a coordinated approach are dashed, EURACTIV has learnt that the EU Parliament will return to teleworking.

Greece decided on Wednesday to require a negative PCR test for all citizens from abroad willing to travel to the country in light of an expected sharp rise of the Omicron variant.

This means that the unvaccinated, fully vaccinated, and even those who have received the booster will need to have a negative PCR test at least 48h before the travel time.

The measure will take effect from Sunday 19 December at 6 am.

Media reports in Athens strongly criticised the government, saying that in practice, it cancels the value of the EU COVID certificate, which was meant to facilitate travel within the EU for the vaccinated.

Greek PM Kyriakos Mitsotakis was the first EU leader to suggest the introduction of such a certificate at the EU level.

Commission vice-president Věra Jourová immediately commented on the decision, saying “Italy has to justify its new measure”, at the end of the general affairs EU Council, on Tuesday, as reported in The Capitals.

On Wednesday, a Commission spokesperson said that “we didn’t receive any official message from Italy”, which is compulsory for applying such a measure, 48 hours before the introduction.

“Under the EU Covid certificate regulation, additional restrictive measures on certificate holders are only possible if they are necessary and proportionate for public health reasons. We will look at the announced measures once they are notified by Italy. In any case, it remains crucial to ensure proportionality of any measures taken and, as far as precautionary measures are concerned, that they remain in place for the shortest possible time,” the spokesperson added.

Draghi on Wednesday defended the new measures saying, “there is the Omicron variant which is much more virulent, sees us in a relatively favourable situation, at least so far.”

“In Italy, it is less than 0.2%. In other EU countries, however, it is very widespread, for example in Denmark or in the United Kingdom. For this reason, it was decided to adopt the same practice for those who arrive today in Italy from the UK: a COVID test is enough to enter, I do not think there is much to think about,” he added.

The EU summit on Thursday was supposed to emphasise the need for coordination among EU member states on new travel restrictions to face the Omicron variant, which according to European Commission estimates, it will be dominant in the bloc by mid-January.

According to draft conclusions seen by EURACTIV, “Continued coordinated efforts are needed to respond to developments based on the best available scientific evidence, whilst ensuring that any restrictions are based on objective criteria and do not undermine the functioning of the Single Market or disproportionately hamper free movement between Member States and travel into the EU.”

Last but not least, the EU Council media services has decided not to accept the EU COVID certificate for journalists participating in the 16-17 December EU Summit.

A negative PCR test or a recovery certificate issued by a doctor are the only two conditions for journalists to take part in the meeting.

Meanwhile, the European Parliament will move back to remote working after the holidays, while the next plenary is still planned in presence but with measures to allow physical distancing.

Under advice from the relevant services of the European Parliament, President David Sassoli adopted on Wednesday a set of new measures following the worsening epidemiological situation, according to an internal email seen by EURACTIV.

“The new decision foresees that at the beginning of next year, committees and other bodies will continue to meet under the remote participation regime,” the email reads.

In other words, committees and delegations will have to meet and vote remotely, whereas meetings and missions could be authorised on a case-by-case basis,

The measures, taken in agreement with the leaders of the political groups will come into effect from 20 December until 23 January 2022.

The next plenary session, planned to start on 17 January, is still expected to take place in person, “with the possibility to hold the sittings simultaneously in the hemicycle and in two additional rooms in order to guarantee physical distancing,” the email adds.

The security measures to counter the spread of COVID-19 such as face-masks, temperature checks and access limitations have also been extended.