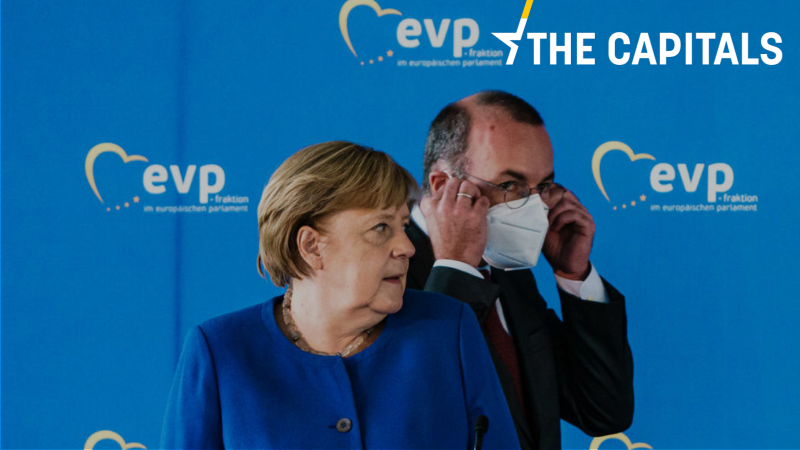 A source said the EPP should avoid internal competition as this could cause rifts at a time “when we are losing Germany in the EU Council”. [EPA-EFE/CLEMENS BILAN]

The EU’s centre-right camp, a dominant force in European politics in the past 20 years, is bracing for a major hit as the elections in Germany are looming closer.

The German centre-right CDU is facing possibly the worst electoral result in its history, even though it may still win the elections and Armin Laschet may become the next chancellor. According to latest polls (14 September) by Europe Elects, the SPD is polling at 25%, CDU/CSU at 21% and the Greens at 17%.

Within the European People’s Party, of which the CDU is a member, there is confusion. Some MEPs told EURACTIV that the race is “too close to call” and call for caution ahead of the 26 September vote. Others consider an SPD victory a foregone conclusion and are already looking at the next day.

The challenges for the EU’s largest political force are many, but the biggest one is “to regain voters’ trust”, as one EPP insider told EURACTIV.

If social democrats prevail in Germany, the EU centre-right will lose its dominance in the EU Council. The EPP will only have seven heads of states across the bloc (Greece, Cyprus, Austria, Lithuania, Latvia, Slovenia, Croatia) – none of them representing a big country or a founding member of the EU.

Some of them have been critical of Angela Merkel’s ruling – especially Greece and Cyprus when it comes to the EU’s stance toward Turkey – while others such as Slovenian PM Janez Janša are already flirting with an Orbán-driven new far-right movement looming on the right of the EPP.

Who to lead the Party?

Ten days ago, Manfred Weber announced his candidacy for the EPP leadership following the resignation of Donald Tusk, who announced his return to Polish domestic politics back in July, where he became the acting leader of the Civic Platform.

An EPP source told EURACTIV that Weber’s announcement to run both for the EPP Parliamentary Group and the EPP party “took us by surprise”. The source explained that although in public there was no opposition, in the corridors many expressed their disagreement.

Another source close to the issue also said that Tusk was “not thrilled” with Weber’s announcement.

The elections are now scheduled for late April 2022 and may take place either in Brussels or Vienna. Apart from Weber, Esther de Lange, a vice president of the EPP group from the Dutch CDA, is also being mentioned as a possible next leader of the European People’s Party.

Who to lead the European Parliament?

Rumours circulating in the Parliament suggest that the current head of the assembly, David Sassoli, may want to re-run next January.

The EPP sources said there is a “written agreement” between the three largest groups that the next president of the Parliament “should come from the largest group”. It was co-signed by Weber and Sassoli and if the latter decides to run again, “it will be a breach of the deal”.

The EPP is preparing to propose a candidate to lead the Parliament. EURACTIV has learnt from multiple sources that the frontrunner for the position is the Maltese first vice president of the Parliament, Roberta Metsola. However, the decision has not been taken yet and other people are being considered, most notably Esther de Lange and Spanish politician Esteban Gonzalez.

In any event, the source said the EPP should avoid internal competition as this could cause rifts at a time “when we are losing Germany in the EU Council”.

EURACTIV also contacted Sassoli’s team, but no reply was provided.