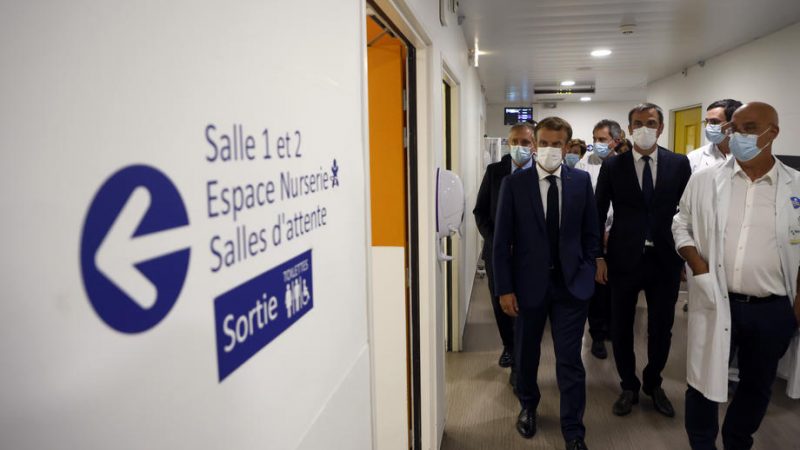 Shortages of caretakers and other medical personnel, like anesthesiologists, radiologists and physiotherapists are among the reasons for the shortage. [EPA-EFE / LUDOVIC MARIN]

One hospital bed in five is currently unavailable in French public hospitals, newspaper Libération revealed on Wednesday, referring to an inquiry earlier this month by the president of the scientific council, Jean-François Delfraissy. The government has promised to take action to tackle this labour shortage crisis.

Shortages of caretakers and other medical personnel, like anesthesiologists, radiologists, and physiotherapists, are among the reasons for the issue.

Reacting to the news, Frédéric Valletoux, president of the executive board of the French hospital federation, told news channel BFMTV that the situation was “worse than ever before”.

While the problem is not new – the French hospital sector has been struggling to attract staff for years – the sanitary crisis seems to have exacerbated the situation: in September 2021, 19% of public hospital beds were closed, compared to 9% in September 2019, according to BFMTV.

“The situation is complicated”, Health minister Olivier Véran admitted on Wednesday. “We just probed sixteen hospitals and indeed, if you extrapolate the data, there is an increase of almost a third in paramedic vacancies compared to fall 2019”, he told reporters.

On top of growing numbers of resignations and non-attendance, more than 1,000 student nurses resigned before the end of their training between 2018 and 2021, Veran added, stating that the government was going to launch an inquiry to “understand the reasons” behind this.

Government spokesperson Gabriel Attal has also announced the launch of an inquiry to “take stock” of the disturbing situation in French hospitals.