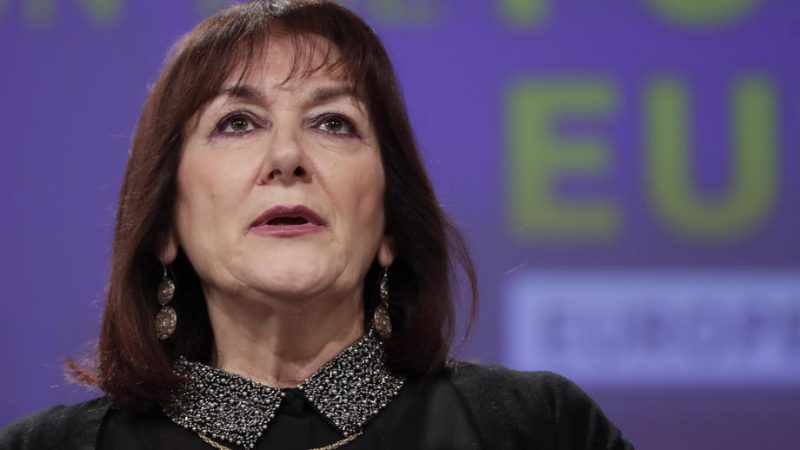 European Commission Vice President Dubravka Šuica was accused the media of trying to undermine HDZ by calling the Banovina region, Banija, among other things. [EPA-EFE/OLIVIER HOSLET]

“Nothing that occurred at the meeting [ed. the leadership meeting of the ruling Croatian Democratic Union (HDZ)] should concern you and it won’t endanger democracy,” Speaker Gordan Jandroković said when asked whether it was worrying that European Commission Vice President Dubravka Šuica was accusing the media of trying to undermine HDZ by calling the earthquake-stricken Banovina region Banija, among other things.

“The Banovina or Banija polemic is public. My opinion is that it should be Banovina, but if someone says otherwise, I don’t think they are plotting against the state,” said Jandroković. It was clear that part of the opposition wanted to use the current situation to bolster their position before local elections in May, “to strike at the HDZ and weaken it”, he added.

Parliament Deputy Speaker Sabina Glasovac (SDP) said Prime Minister Andrej Plenković, HDZ, Croatia, and the EU should be ashamed of Šuica’s alleged statement about the media trying to overthrow HDZ for using the term Banija – allegedly a term from communist times – rather than the correct Croatian term Banovina.

According to Serb National Council President and linguistics professor at the Zagreb Faculty of Humanities and Social Sciences, Milorad Pupovac, “language here is a very politicised issue, intending to build the national Croatian identity” which often causes misunderstandings, a lack of freedom in speakers, as well as fears and uncertainty regarding the use of language.

Regarding Šuica’s alleged statement, Pupovac said she did the biggest damage to herself, the party and her office, and emphasised that the earthquake in Banija brought Croats and Serbs who had been divided by the war closer together.  (Željko Trkanjec | EURACTIV.hr)