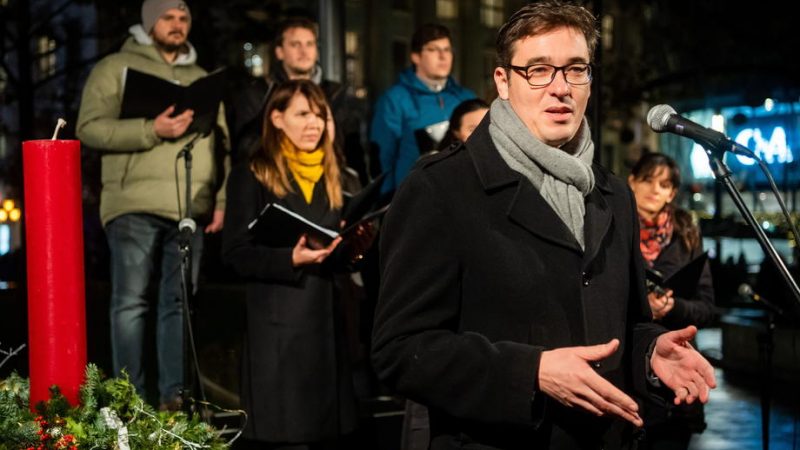 The representatives of the opposition parties handed in the signatures necessary for a referendum launched at the initiative of Budapest’s green mayor Gergely Karácsony. [EPA-EFE/Zoltan Balogh]

The united opposition’s drive to collect enough signatures for a referendum to be held on the same day as the 3 April national elections and the government’s concurrent referendum on LGBTQI issues is almost certain to have failed, despite claims to the contrary from the opposition’s political representatives, Telex reported.

On 21 January, the representatives of the opposition parties handed in the signatures necessary for a referendum launched at the initiative of Budapest’s green mayor Gergely Karácsony.

The opposition parties were hoping to ask Hungarians whether they agree with the government’s controversial plans to build a Chinese university in the Hungarian capital and extend unemployment benefits to a maximum of nine months from the current three-month period.

Pending the decision of the National Election Office (NVI), it is currently unclear whether the opposition has collected enough signatures to call for a national poll.

Either way, it seems unlikely the process will be concluded in time to hold the referendum on the same day as the national elections and the ruling party’s referendum on LGBTQI issues and minors, which critics call homophobic.

Despite delays in handing the signatures over, representatives of the opposition said they believed that “there is no legal obstacle” to holding the referendum on 3 April.

In response, the NVI said it had already started checking signatures on Friday (21 January) but that the process could take several weeks.

Even if the necessary verification, signature validation, and appeal procedures take the minimum time, due to the legal deadlines set by the referendum law, it would not be possible to hold the national poll on 3 April, Political Capital NGO wrote on its Facebook page on Friday.

If all the time frames are used to the maximum, they added that the process could even be delayed until October.