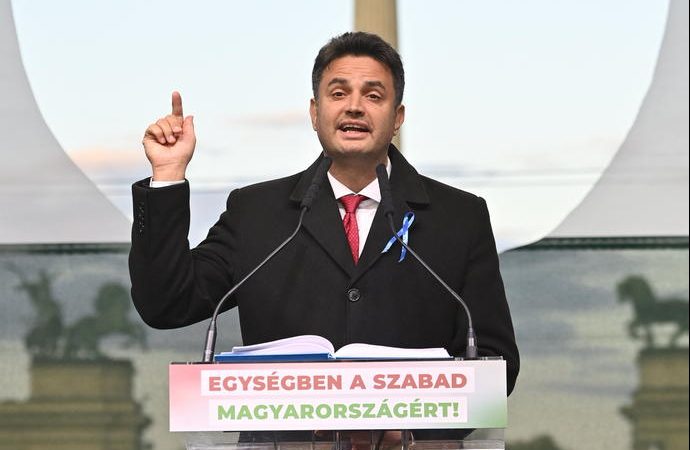 During his visit to Brussels this week, Márki Zay Péter also met the leaders of the four largest groups in the European Parliament but promised his Everybody’s Hungary Movement (Mindenki Magyarországa Mozgalom) would stay politically independent. [EPA-EFE / Zsolt Szigetvary]

Márki-Zay Péter, the independent mayor running as the joint opposition candidate against Hungarian PM Viktor Orbán in next year’s elections, has called for caution from the EU to give Hungary more money.

“Of course, the opposition would like Hungary to meet the criteria of the rule of law and, above all, not to steal European taxpayers’ money,” he said.

“So in this sense, we are of course in agreement with the European Union considering a hundred times what it is giving aid for and under what conditions, and ensuring that as much of this money as possible reaches Hungarian taxpayers,” the Hódmezővásárhely mayor added.

Márki-Zay reiterated his promise to stay a loyal partner to EU and NATO if elected and confirmed his support for joining the European Public Prosecutor’s office and the Eurozone, adding, however, that this is likely to take four to five years.

During his visit to Brussels this week, Márki Zay Péter also met the leaders of the four largest groups in the European Parliament but promised his Everybody’s Hungary Movement (Mindenki Magyarországa Mozgalom) would stay politically independent.

Asked by journalists if he supported the EU financing border walls in light of events in Belarus, Márki-Zay said, “Europe must control who exactly is allowed into this area, and Islamist terrorists must not be allowed in.”

“So the European Union must stand up to Viktor Orbán and pursue a much stricter policy, and if necessary, not just a coastguard, but also a fence, yes,” he added.