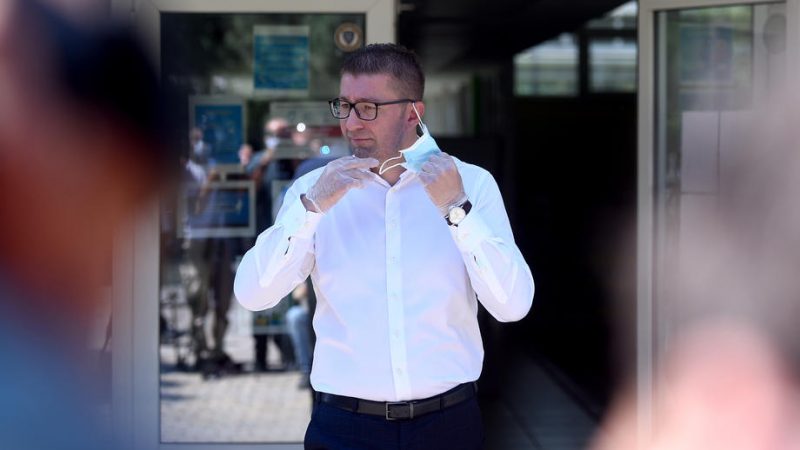 Mickoski announced he would wait until Monday, precisely until 2.30 PM, for Zaev’s resignation. If this does not happen, VMRO-DPMNE will file a motion for a government no-confidence vote. [EPA-EFE / NAKE BATEV]

“VMRO-DPMNE remains committed to the European agenda of the country. We are focused on fighting corruption and crime, economic growth and development and an efficient legal system. These are the principles we are fighting for, and we will apply them”, the party said in the statement.

Zaev announced his resignation last week, but it is not yet official and approved by parliament.

Mickoski announced he would wait until Monday, precisely until 2.30 PM, for Zaev’s resignation. If this does not happen, VMRO-DPMNE will file a motion for a government no-confidence vote.

The current government has 62 of the total 120 votes, and Mickoski claims 61 votes.

The opposition leader is open to early elections if he fails, following his party’s strong showing in recent local elections.

Nikos Dendias, Greece’s foreign minister, said Athens is looking forward to working with whatever government emerges from the internal process in North Macedonia, stressing that the obligations under the Prespa Agreement between Skopje and Athens remain in force.

Under the agreement, the country changed its name to North Macedonia.