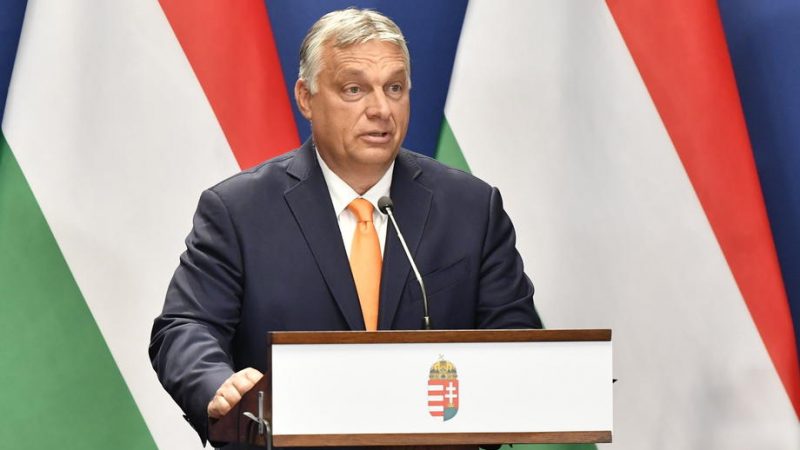 Orbán wrote an opinion piece in the ninth edition of the “Samizdat” messages posted on the prime ministerial website, [EPA-EFE/ Zoltan Mathe]

Central Europeans “understood her, she understood us,” Orbán began his reflections on the outgoing German chancellor Angela Merkel in the ninth edition of the “Samizdat” messages posted on the prime ministerial website, a reference to clandestinely published Soviet-era censored material.

“The loyal and disciplined Germans, the rebellious and reckless Hungarians, stood together for a common goal: a Europe in which all nations can feel at home,” he writes.

However, in the Hungarian leader’s vision, the 2015 “migratory invasion” revealed that “for Hungarians and other Central Europeans, the homeland is essential,” while Germans are on a path “towards a kind of post-Christian and post-national state.”

“Did Angela Merkel open the door to trouble? Or, on the contrary, did she try to stand firm, but the pressure from the left pushed her aside? Today we do not yet know the answer to this question,” Orbán writes.

“Looking at the new, left-wing German government’s pro-immigration, pro-gender, federalist, pro-German Europe agenda, both answers to the Merkel mystery are possible,” he adds.

In conclusion, the Hungarian head of government says: “One thing is for sure: the era of ambiguity, stealth politics and drifting has ended with Merkel. We now prepare for battle with our eyes wide open.”