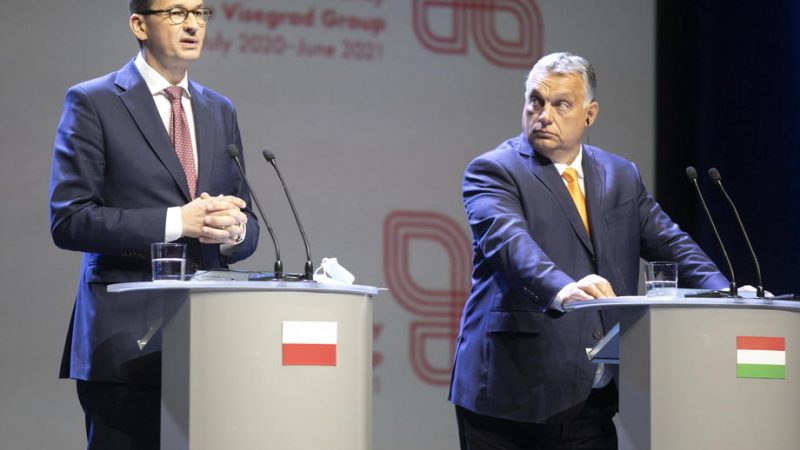 In his letter, Orbán reportedly said that while Hungary is committed to co-operation, in light of developments, it will not be able to secure the unanimity required for the package agreed by EU leaders in July. [EPA-EFE/JACEK SZYDLOWSKI POLAND OUT]

As long as EU spending is tied to rule of law criteria, Hungary is prepared to veto the bloc’s long-term budget and recovery fund, wrote Prime Minister Viktor Orbán in a letter to the leaders of the current and next year’s EU Council presidencies – Germany, Slovenia and Portugal – as well as to EU Council President Charles Michel and European Commission chief Ursula von der Leyen, mandiner.hu reported.

Meanwhile, Poland would exercise its “right to protest” if no “agreement on the link between the rule of law and the EU budget” is reached, Polish Prime Minister Mateusz Morawiecki said on Friday, noting that Poland continues to provide all information related to the use of funds but does not accept the rule of law to be interpreted according to the EU’s vision.

In his letter, Orbán reportedly said that while Hungary is committed to co-operation, in light of developments, it will not be able to secure the unanimity required for the package agreed by EU leaders in July.

For his part, Morawiecki pointed out that it would not be appropriate to link budgetary expenditure to the different institutions’ or other member states’ interpretation on the rule of law.

Everyone has a different opinion on how the Polish state operates and independent its institutions are, he added.

The Council and the European Parliament struck a deal last week linking the disbursement of funds to the rule of law, clearing a major hurdle in the wider negotiations on the bloc’s budget between the EU’s co-legislators.