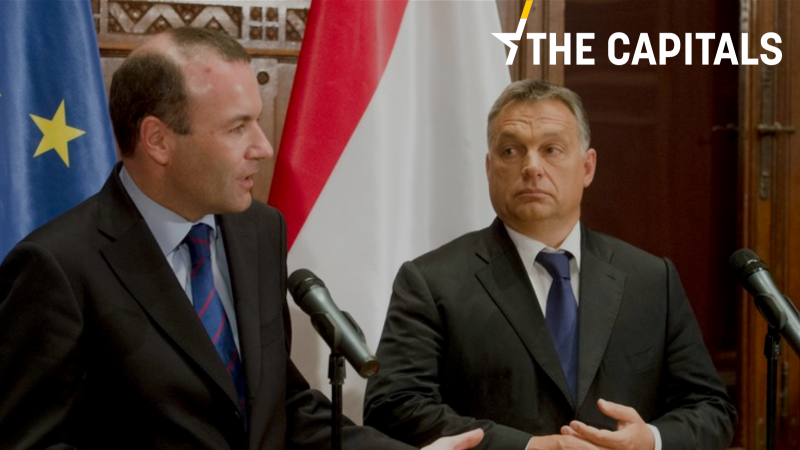 Orbán said the proposal would allow “us to avoid future conflicts of views, interests and communication problems.” [EPA/SZILARD KOSZTICSAK]

Hungarian Prime Minister Viktor Orbán suggested to European People’s Party (EPP) leader Manfred Weber the creation of a subgroup within the political faction similar to the arrangement between the British Tory MEPs – who unlike Fidesz were not part of the political family – and the EPP in the 1990s called EPP-ED.

Orbán said the proposal would allow “us to avoid future conflicts of views, interests and communication problems.”

Fidesz has been suspended from the EPP since spring 2019 but its MEPs currently continue their membership and align their votes in the EPP Group, the political family representations in the European Parliament.

The offer follows a group of 30 European People’s Party MEPs’ request to exclude the head of Fidesz delegation to the European Parliament Tamás Deutsch from the group for what they said were unacceptable comments about the leader of the faction Manfred Weber, which Orbán said has led to a situation where “emotional reactions have taken over reasonable dialogue between Fidesz and the EPP.”