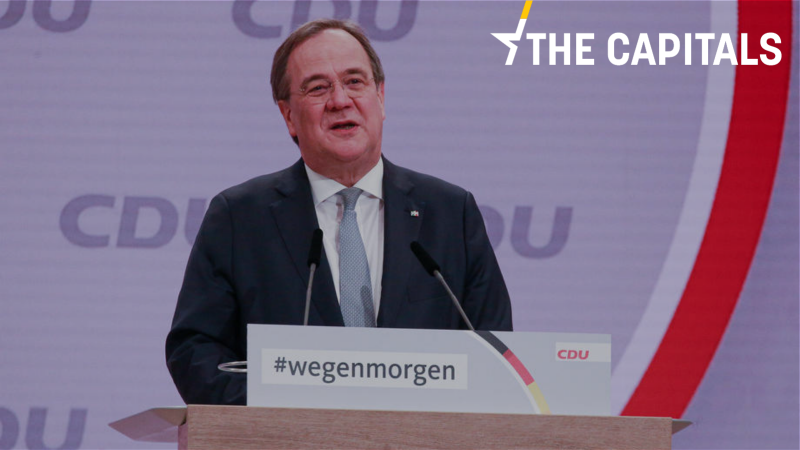 "Everyone in the EPP appreciates the patience and persistence of the CDU, but when it comes to defending "our common values" difficult decisions await the EPP", said Tusk, without naming Viktor Orban's party. [EPA/CHRISTIAN MARQUARDT]

In a run-off election with arch-conservative Friedrich Merz, North Rhine-Westphalian leader Armin Laschet won the race for CDU chair. Laschet – considered to be the moderate in the race and ran largely on a platform of continuing Merkel’s legacy – now has the best chance of becoming the country’s next chancellor after the Bundestag election set for 26 September.

In the meantime at the EU level, Laschet will have to deal with the headache of Hungary’s ruling Fidesz party, which is part of the European People’s Party (EPP). EPP chief Donald Tusk briefly welcomed delegates during Saturday’s CDU virtual congress and called on the CDU to take a clear position regarding the dispute with Fidesz.

“Everyone in the EPP appreciates the patience and persistence of the CDU, but when it comes to defending “our common values” difficult decisions await the EPP”, said Tusk, without explicitly naming Viktor Orban’s party.

“A clear position from your side will be decisive and will therefore be worth its weight in gold”, said the EPP president, adding he was sure that “that you will not let us down in this case either.” EPP membership of Orban’s party has – for the time being – only been suspended, while attempts of excluding the party have failed due to the attitude of Germany’s Christian parties – CDU and CSU.

Tusk – who has long been pushing for Fidesz’s exclusion from the EPP – admitted that he could always count on the CDU to maintain “the high standards of our public life”.

“It is largely due to you that freedom, honesty, transparency, truth, and reason have not lost in the fight against authoritarian tendencies, corruption, lies, and populism,” Tusk told Christian Democrats.

CDU’s way of governing had been “a boon, not only for Germany but for all of Europe,” said Tusk, who cited Germany’s eastern neighbours, the Balkan countries and Ukraine, as examples. “If we have not stopped believing that a united Europe has a future and our values make sense, this is also due to your consistency, your patience, and simply your decency”, Tusk said, thanking the CDU for its political leadership at a dramatic moment in history.