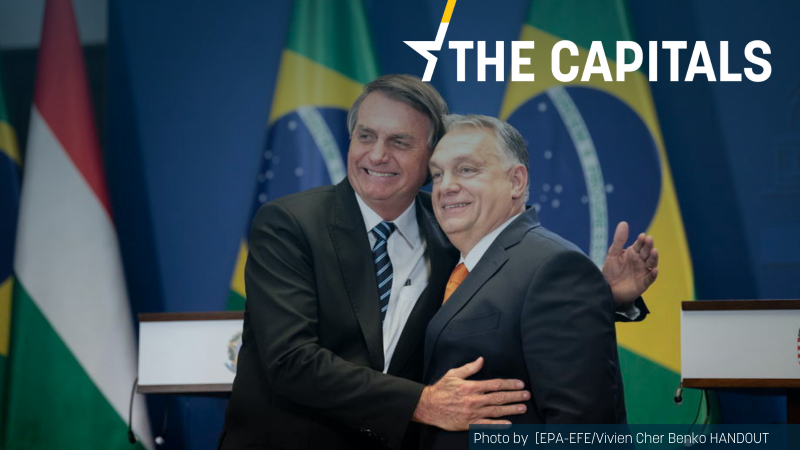 Hungarian Prime Minister Viktor Orbán was absent from a discussion between EU leaders on Russia and Ukraine, preferring to meet Brazilian President Jair Bolsonaro straight after his audience with Russian President Vladimir Putin.

EU leaders came to Brussels on Thursday to informally discuss the simmering tensions at the Ukranian border ahead of the bloc’s summit with African countries.

While still planning to attend the main EU-Africa event, Orbán chose to skip prior discussions on the security situation of Hungary’s eastern neighbour in favour of entertaining the Brazilian head of state in Budapest, Telex reported.

The Hungarian PM has already had a preliminary telephone conversation with European Council President Charles Michel on the Ukrainian crisis, and they have reviewed and assessed the situation, the Hungarian PM’s office said by way of explanation for his absence.

This comes after Orban raised doubts of a common EU stance on Russia in early February. Amid simmering tensions between the West and Moscow and after nearly five hours of talks in the Kremlin, he blasted the ineffectiveness of the EU’s potential sanctions on Russia and hailed his successful relations with Putin.

Brazilian media reported in late January that White House representatives had asked their counterparts in Bolsonaro’s administration to cancel or delay the trip to Russia.

At a press point following the meeting, Orbán highlighted the ideological similarities between the two countries’ governments. First, he mentioned that the two governments share similar views on migration.

Another “great civilisational issue” on which they agree with Bolsonaro is the need to help persecuted Christians, and the third is the defence of the conservative family model, Orbán said.

Far-right populist leader Bolsonaro described Hungary as Brazil’s “little big brother”. In his view the country, which is smaller in terms of both territory and population, shares the same foundational values.

A big step in trade relations between Brasilia and Budapest came i​n November 2020, when the Hungarian Defence Forces ordered two KC-390 Millennium aircraft from the Brazilian Embraer for about €46.7 million each to be delivered by 2023-2024.

Just over a month after the Brazilian president’s visit, his son Eduardo Bolsonaro will also arrive in Budapest. Eduardo, responsible for the international relations of the Bolsonaro family, will be one of the keynote speakers at the Conservative Political Action Conference (CPAC) of the US Republican Party in Budapest.