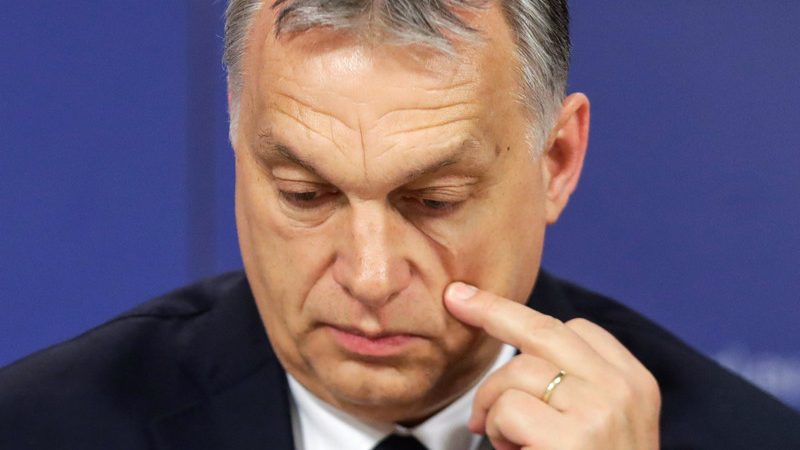 “Fidesz will leave the [EPP] Group” if the provisions, which make the suspension of an entire group of MEPs possible, pass on Wednesday, Orbán said in the letter. [EPA-EFE/STEPHANIE LECOCQ]

If the planned amendment to the statutes of the European People’s Party (EPP) group in the European Parliament passes, making the suspension of an entire group of lawmakers possible, Fidesz will leave the faction, Hungarian Prime Minister Viktor Orbán told group leader Manfred Weber in a letter published by Hungary’s Family Minister Katalin Novák on Sunday.

“Fidesz will leave the [EPP] Group” if the provisions, which make the suspension of an entire group of MEPs possible, pass on Wednesday, Orbán said in the letter.

Under the current rulebook of the Christian-democratic centre-right political family’s representation in the European Parliament, each MEP would have to be suspended individually.

“The message is clear and duly noted. If Fidesz is not welcomed, we do not feel compelled to stay in the [EPP] Group,” Orbán wrote.

Tamás Deutsch, head of the Fidesz delegation, is already under sanctions from the EPP for comments made to Hungarian media outlets that compared Weber’s politics to the Gestapo and the Hungarian Stalinist secret service. Deutsch later apologised.

Fidesz has been suspended from the EPP since spring 2019 but its MEPs continue to be members of the EPP’s European Parliament faction, represent its positions and align their votes accordingly. (Vlagyiszlav Makszimov | EURACTIV.com with Telex)