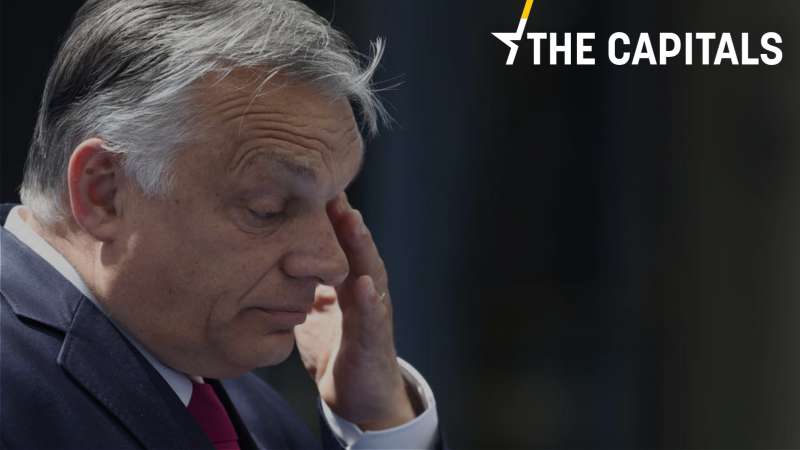 Speaking at an event commemorating the 30th anniversary of the last Soviet soldier leaving Hungary, Orbán said “in terms of European democracy, the European Parliament has proved to be a dead end. It only represents its own party, ideological and institutional interests.” [EPA-EFE/KENZO TRIBOUILLARD]

Striking the provision of European treaties that requires the bloc to strive for “an ever closer Union” and transforming the directly elected European Parliament into a representative body of national parliamentary delegates are some of the Hungarian government’s positions in the debate during the Conference on the Future of Europe, Prime Minister Orbán Viktor said on Saturday (19 June).

Speaking at an event commemorating the 30th anniversary of the last Soviet soldier leaving Hungary, Orbán said “in terms of European democracy, the European Parliament has proved to be a dead end. It only represents its own party, ideological and institutional interests.”

Instead, national legislatures should choose to send their own representatives to the currently only directly elected European institution, he reasoned.

The European Parliament and Hungary have frequently crashed in recent years, with the former triggering a procedure against Budapest that could theoretically lead to the curtailing of its voting rights in 2018 for rule of law deficiencies. However, member states have moved little on the so-called Article 7 procedure since.

EU Parliament chief David Sassoli reacted immediately. “Only those who don’t like democracy think of dismantling parliaments,” he tweeted.

Orbán also said that his government believes “the phrase ‘an ever closer union’ must be struck from the text of the Treaties of the EU at the first available opportunity” because “today Brussels is being directed by those who see integration not as a means, but as an end: an end for its own sake.”

Among other suggestions of the Hungarian executive is the admission of Serbia to the EU club and the proposition that “Brussels has outsourced a considerable amount of its power, channelling it to networks organised and controlled from outside Europe – primarily to the [American-Hungarian billionaire George] Soros networks and the interests of the US Democrats which stand behind them.” (Vlagyiszlav Makszimov | EURACTIV.com with Telex)