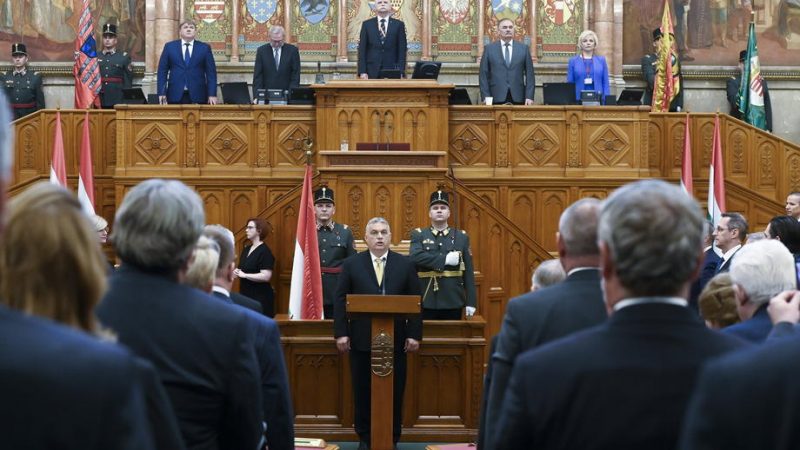 The new ministers assuming office in the reelected Hungarian prime minister’s cabinet are set to focus on EU funds in their relationship with Brussels while attempting to course-correct the bloc’s values. [EPA-EFE/Szilard Koszticsak]

The new ministers assuming office in the reelected Hungarian prime minister’s cabinet are set to focus on EU funds in their relationship with Brussels while attempting to course-correct the bloc’s values.

Tibor Navracsics, who served as European Commissioner for Education, Culture, Youth and Sport in the Juncker Commission, will head the newly formed ministry for regional development and EU funds.

Navracsics told parliamentary committees on Wednesday (19 May) that he does envisage his job as a party politician, and while there are many ideological debates between some EU institutions and the Hungarian government, he does not want to engage in them, Telex reported.

On the question of joining the European Public Prosecutor’s Office, which the Hungarian government has so far rejected, he said does not plan to pressure the government to do so.

In his view, being a member of the EU’s anti-graft office is not a criterion for accessing bloc funds.

At the same time, Navracsics said in the EU affairs committee that he would like to reach an agreement with the EU on contentious issues. He said some of the disputes are technical, while others stem from mistrust. These conflicts have been going on for ten years, and a process of confidence-building is needed.

“I want to find an agreement. My aim is to sign an agreement on the issue of withheld development funds this year,” he said.

Asked about his negotiating strategy, Navracsics said that in negotiations with the EU, it is important that the party sitting opposite him does not feel like a loser and both sides see their own calculations reflected when settling a dispute.

In the short and media terms, the question of introducing the euro is not on the table. In the long term, no one knows, said Márton Nagy, who will take over as minister for economic development.

According to Nagy, who had previously been the prime minister’s chief economic adviser, and between 2015-2020 held the vice-presidential post at the Hungarian National Bank (MNB), if the country manages to achieve a 3% GDP growth surplus compared to the EU average, it could rise from the current 76% of the bloc’s development level to 90%.

Meanwhile, Péter Szijjártó, who will be keeping his post as foreign and trade minister, said he sees it as his task to accelerate the Paks II nuclear power plant expansion, built and financed by Russia’s Rosatom.

Yet, Judit Varga, who will be making a comeback as justice minister, stressed she sees her primary task as protecting Hungarian interests in an EU that “must change”.

According to Varga, the Hungarian government still envisages Hungary’s future in the European Union, but the bloc is building a hegemony of opinion, while the government is on the side of pluralism and freedom and does not believe in stigmatisation.