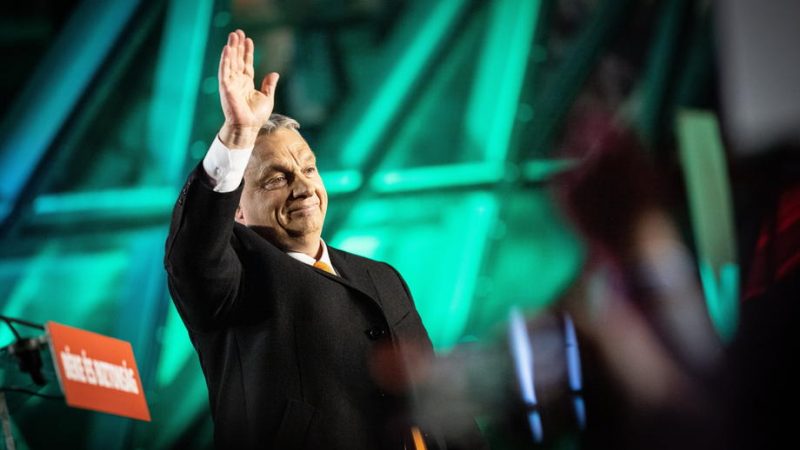 “We are plagued by economic woes, war, Europe’s intellectual weakness and Brussels’ political delusion all at once”, Orbán said during his speech in the Hungarian parliament, Telex reported. [EPA-EFE/ZOLTAN FISCHER / HUNGARIN PRIME MNISTER OFFICE]

Hungarian Prime Minister Viktor Orbán was reelected by the country’s legislature for a fourth consecutive term on Monday amid social media backlash for EU leaders’ congratulations.

“We are plagued by economic woes, war, Europe’s intellectual weakness and Brussels’ political delusion all at once”, Orbán said during his speech in the Hungarian parliament, Telex reported.

Nevertheless, he also said he sees Hungary as a member of the European Union in the next decade but that he is looking for allies for its renewal.

But not everyone is so convinced.

“I’ve studied EU politics for nearly 30 years. In general, I am a very strong “Europhile”, believing deeply in the project of EU integration. I have never been as disgusted with the EU’s leaders as I am today”, said Hungary expert R. Daniel Kelemen, professor of Political Science and Law at Rutgers University, on Twitter.

Green MEP Daniel Freund said the congratulatory remarks are a “huge gift for the Orbán propaganda. Now he’s gonna run around at home, saying: ‘See, even our enemies accept the outcome of the elections’.”

“Elections were manipulated and unfair!”, he added.

International election watchdog, the Office for Democratic Institutions and Human Rights (ODIHR), said the Hungarian vote was ‘marred by the absence of a level playing field’ in its report released after the polls on Hungary’s general election and referendum, citing multiple issues in the electoral process.

Following the 3 April vote, Europe’s pro-EU mainstream political leaders have refrained from congratulating, at least in public, Viktor Orbán for his re-election in Hungary, EURACTIV network partners, reported across the bloc.