Others punish, Slovakia incentivises elderly to get vaccinated

By Michal Hudec and Sarantis Michalopoulos | EURACTIV.com and EURACTIV.sk 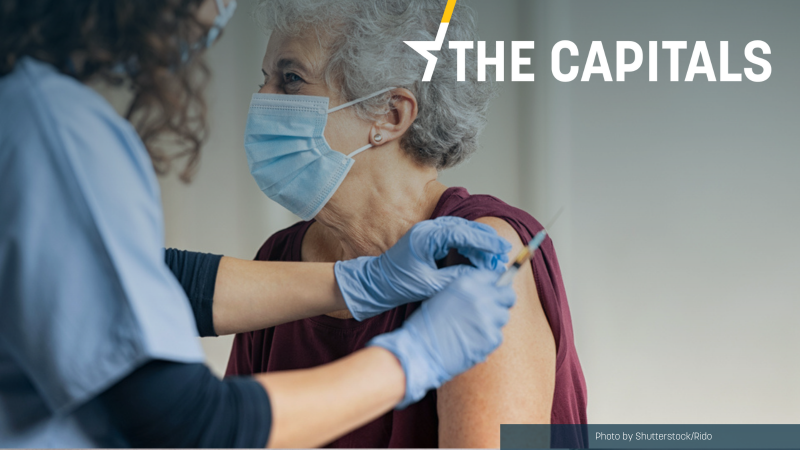 On the contrary, Austria and Greece have decided to impose fines on those who refuse vaccination. Vienna threatens to impose a fine of up to €7,200, while Athens has voted to fine non-vaccinated over-60's with €100 per month. [Shutterstock/RidoRido]

Unlike Austria and Greece, which decided to punish unvaccinated citizens with heavy fines, Slovakia seems to be exploring another way: incentivising people over-60-years-old with €500 if they get the COVID-19 jab.

Meanwhile, EU sources explained to EURACTIV the logic behind Commission President’s surprising statement that it’s time to think about mandatory vaccination in the EU.

Everyone above 60 who will register for at least the first COVID-19 dose by Christmas will receive €500, Slovakia’s former prime minister and current minister of finance Igor Matovič proposed.

On the contrary, Austria and Greece have decided to impose fines on those who refuse vaccination. Vienna threatens to impose a fine of up to €7,200, while Athens has voted to fine non-vaccinated over-60’s with €100 per month.

Matovič came up with the idea at a time when several high-ranking government officials had supported the idea of mandatory vaccination for certain groups of people, including seniors. In the meantime, the government agreed on the €500 incentive, and the parliament will negotiate it in the next couple of days.

Among the four-party coalition, one party was against – Freedom and Solidarity of former MEP Richard Sulík (ECR). Sulík said he supported the idea at first; however, at a coalition meeting, four parties agreed on a €150 bonus, and Sulík said his party would not support the bonus in parliament. Therefore, it needs to pass with the votes from the opposition, and currently, it is not clear what stance the opposition parties will take.

Experts agree that incentives are a good thing as Slovakia has one of the lowest vaccination rates in the EU.

According to European Centre for Disease Prevention and Control (ECDC) data, Slovakia has fully vaccinated just 46.1% of its total population.

However, for most experts, the way and form of the proposal are problematic.

“The biggest problem with this and other measures, especially from the Minister of Finance, is that they are based on assumptions and feelings. We do not know whether EUR 500 will work better than €100 and whether it will work at all,” said behavioural consultant Matej Šucha.

Meanwhile, EU Commission chief Ursula von der Leyen surprised everyone on Wednesday when she told a media conference that it’s time to “think about mandatory vaccination”.

“My personal position is… I think it is understandable and appropriate to lead this discussion now,” she said.

The EU has no say in vaccination as it is down to each member state, leading many to call her statement something of a political risk.

The World Health Organisation (WHO) recently said mandatory vaccination should be considered as a “last resort”, which in practice means it is a solution on the table.

“In the face of the collapse of the European economy and health systems, and the loss of human lives, we do not care what far-right parties across the bloc will say,” the source said.

The source added that the pandemic would never end if half of Europe is vaccinated and the other half is not. This will eventually result, the source said, in new travel restrictions among EU nations, which will deal another severe blow to the EU single market.

Also read: Why Europe’s East does not trust the COVID-19 vaccine

Von der Leyen is expected to bring the issue at an EU summit on 16-17 December, while EURACTIV was informed that another extraordinary summit, reportedly expected to take place on 3 December, is unlikely to happen.

Instead, an extraordinary meeting of EU health ministers on 7 December will take place, where the issue of administering COVID-19 boosters across the bloc will be raised.

One response to “Others punish, Slovakia incentivises elderly to get vaccinated”