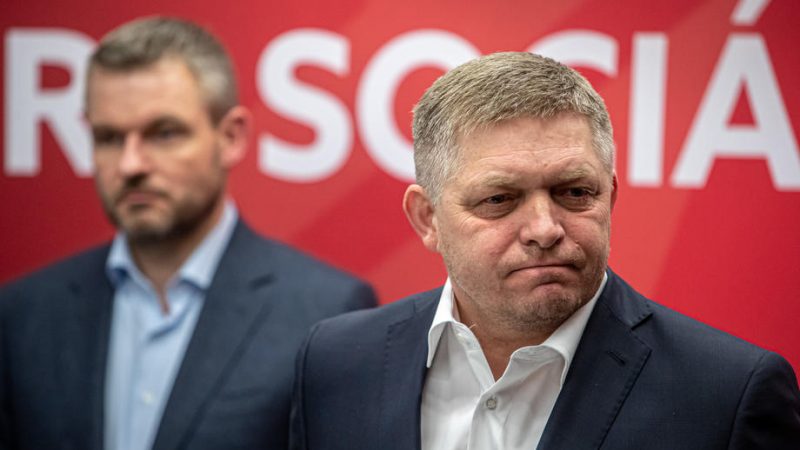 Fico said that he is “awaiting the final date” of his meeting with Commission Vice-President for Values and Transparency Věra Jourová. [EPA-EFE/MARTIN DIVISEK]

Former Slovak prime minister, Robert Fico, who was ousted from the office after the murder of journalist Ján Kuciak in 2018, has paid a visit to the European Commission representation in Bratislava.

Fico said that he is “awaiting the final date” of his meeting with Commission Vice-President for Values and Transparency Věra Jourová.

Fico said he is hoping to discuss flaws in the Slovak rule of law and handling of the several ongoing corruption trials that may allegedly relate to him and his party’s former nominations at high level governing offices.

Fico also discussed the decree of the Public Health Office SR on the border regime, which will allow vaccinated people to avoid quarantine after returning to Slovakia, he told journalists.

Fico´s Smer-SD opposition party, currently polling as the third strongest in the country, recently filed a complaint with the Constitutional Court of the Slovak Republic for the governmental decree on the regime at the borders.

The party submits the case, which it considers unconstitutional and discriminatory, for the evaluation of the legal service to the European Commission as well. By submitting, Fico intends to confirm his claim that the decree is in “direct conflict” with the European Council regulation, as it states that countries must prevent direct or indirect discrimination against people who are not vaccinated.

Fico further stated that he has provided the representation ”with relevant information on the destruction of the rule of law“ in the country.

Analysts and media believe the case, and several other ongoing trials of former prosecutors, judges and other high-level officials nominated by Smer, may affect Fico directly as well.