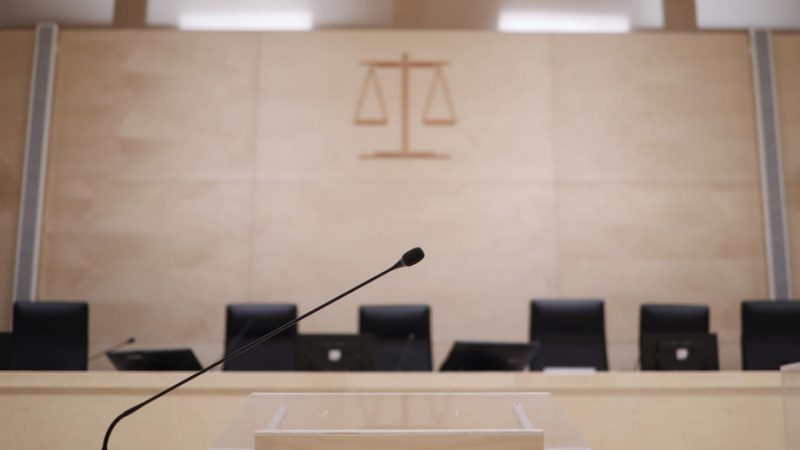 Among them, 14 will appear in person before the court while the other six, who have arrest warrants against them, will be tried in absentia as law enforcement cannot find them. [EPA-EFE/YOAN VALAT]

The court case over the terrorist attacks that took place nearly six years ago at the Bataclan concert hall, the Stade de France and at terraces across Paris will take place at a large facility built specifically to host the trial at the historic court of justice on the Ile de la Cite in central Paris, and is expected to last nine months.

In the new courtroom built to accommodate more than 1,700 plaintiffs, 300 lawyers and 100 journalists, the Court will start on Wednesday to examine 20 defendants in the case, including Salah Abdeslam, the last living suspected gunman in the attacks.

Among them, 14 will appear in person before the court while the other six, who have arrest warrants against them, will be tried in absentia as law enforcement cannot find them. Some are most likely presumed dead in Iraq or Syria.

All eyes should nevertheless be on Abdeslam, who was first incarcerated in Belgium following his arrest in March 2016. In 2018, he was handed over to France.

Abdeslam has been charged with committing murder in an organised  group and in connection with a terrorist undertaking for which he could face life imprisonment.

The attacks of 13 November 2015 claimed the lives of 130 people and injured hundreds.