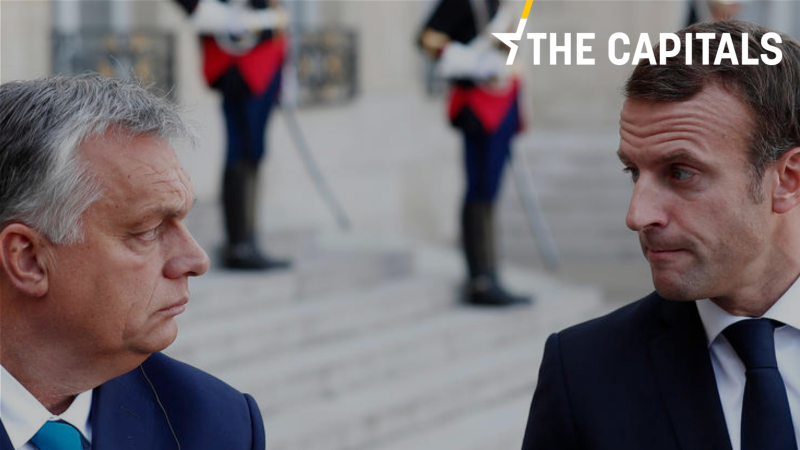 "It is legally cumbersome, but possible," Beaune told the French weekly, adding that "our position is clear: we will not sacrifice recovery or the rule of law." [EPA/IAN LANGSDON]

“If Hungary and Poland still refuse to validate things as they stand, then we will have to come to a more radical solution which consists of implementing the European recovery plan for 25 member states,” French Europe Minister Clément Beaune, told weekly Journal du Dimanche on Sunday, ahead of the next European Council meeting on 10-11 December. Such a scenario, though, would result in a “de fact institutional paralysis”, an EU diplomat told EURACTIV.com.

“It is legally cumbersome, but possible,” Beaune told the French weekly, adding that “our position is clear: we will not sacrifice recovery or the rule of law.”

Hungary and Poland have vetoed the EU’s €1.8 trillion financial package, consisting of the seven-year budget for the 2021-2027 period and the recovery fund, over a proposed regulation linking Union spending to rule of law criteria.

“If the blockade continues, it means we have entered a political crisis, four or five of which have been quite serious recently with the euro, migration, Brexit and the pandemic,” the French minister continued.

“One can deny this crisis by seeking all possible arrangements, but this vision of systematically seeking a compromise when things go wrong seems to me to be over. We should not rejoice in crises but face them and choose between unity at all costs and the defence of the principles that allow Europe to move forward,” he added.

Also read: Focus on Plan A, keep Orbán for later

An EU diplomat told EURACTIV.com that finding a legal way to bypass Hungary and Poland would potentially lead to a de facto institutional paralysis. “It’s legally feasible but politically risky. Both countries could then follow vindictive policies blocking in practice everything at the EU Council,” the diplomat said.

In an interview with Greek journal “To Vima”, EU Commissioner for Budget and Administration Johannes Hahn said that if Budapest and Warsaw back down, the first EU funds could reach EU countries from January 2021.

“I hope that Poland and Hungary will lift their objections. Businesses, citizens and programmes across Europe are demanding the rapid release of money from both the EU budget and the Recovery Fund,” Hahn said.

Yet, he added that conditionality would apply objectively and in the same way in all member states. “There will be no arbitrariness and double standards,” he said.