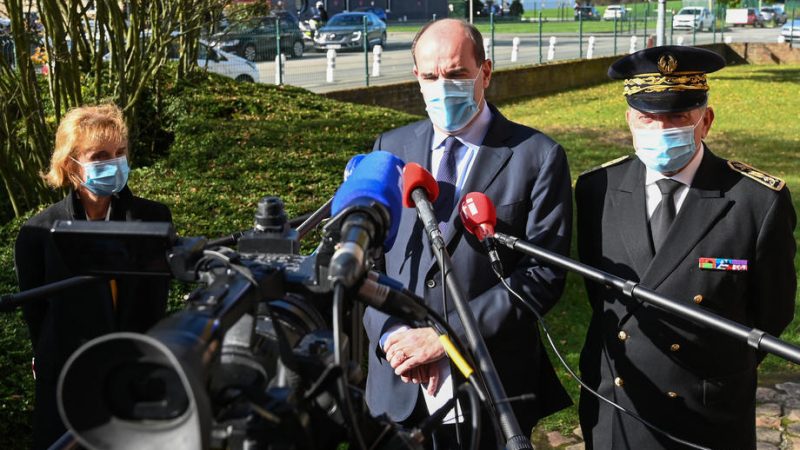 French Prime Minister Jean Castex (C) talks to the press with Prefect of the Haut-de-France region Michel Lalande (R) after his visit of the DIAGAST enterprise in Lille, France, 16 October 2020. [EPA-EFE/DENIS CHARLET]

The homes and offices of Health Minister Olivier Véran and Health Director-General Jerome Salomon were searched Thursday morning as part of an investigation into the government’s management of the COVID-19 health crisis, initiated in early July by the court in charge of trying ministerial misconduct.

The Law Court of the Republic told EURACTIV France that 99 complaints concerning the government’s management of the health crisis have been filed to date, of which nine have led to the opening of this judicial inquiry and about 25 have not yet been processed.

The remaining complaints have been declared inadmissible.