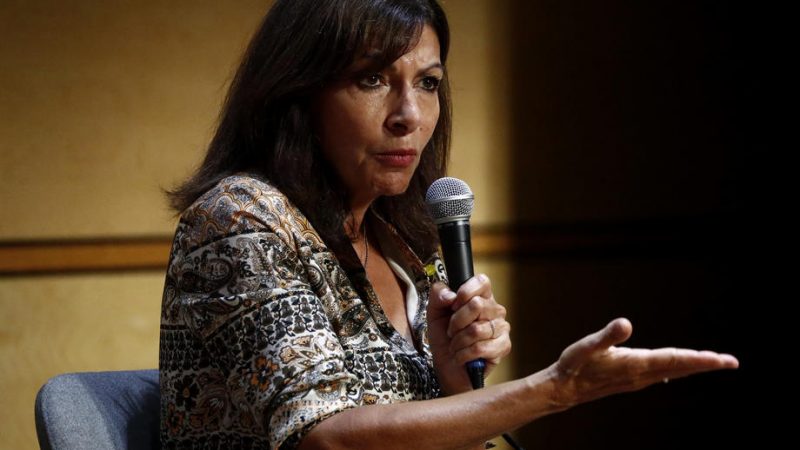 “With humility, aware of the gravity of this moment and to make our hopes the reality of our lives, I have decided to be a candidate for the presidency of the French Republic,” she said. [EPA-EFE/Guillaume Horcajuelo]

Anne Hidalgo, the Socialist mayor of Paris, will be a candidate in the 2022 presidential elections, she said on Sunday during a speech in Rouen (Seine-Maritime).

“With humility, aware of the gravity of this moment and to make our hopes the reality of our lives, I have decided to be a candidate for the presidency of the French Republic,” she said.

The left-wing candidate severely criticised incumbent President Emmanuel Macron’s record: “The five-year term that is coming to an end was supposed to unite the French, but it has divided them like never before. It was supposed to solve social problems, but it has made them worse. He was supposed to protect our planet, he has turned his back on ecology,” she added.

Several politicians reacted to Hidalgo’s announcement. “She is playing a lot of games, like when she wrote in black and white to Parisians, ‘I will in no way be a candidate for the presidency of the Republic’. She is playing with fairness,” said Christophe Castaner, a member of Macron’s La République en Marche, the party currently in power.

Her opponent on the right, Valérie Pécresse, said that Anne Hidalgo’s candidacy was “legitimate”.

Olivier Faure, first secretary of the Socialist Party, tweeted: “Dear Anne Hidalgo, I know your determination and your courage. It will take courage to lead this country on the path of an ecological and social Republic.”

The French presidential election is set to take place in April 2022 and will involve two rounds of voting if no candidate wins an absolute majority in the first round.

Current polls see Hidalgo in fifth place, at 7-9% of the vote.