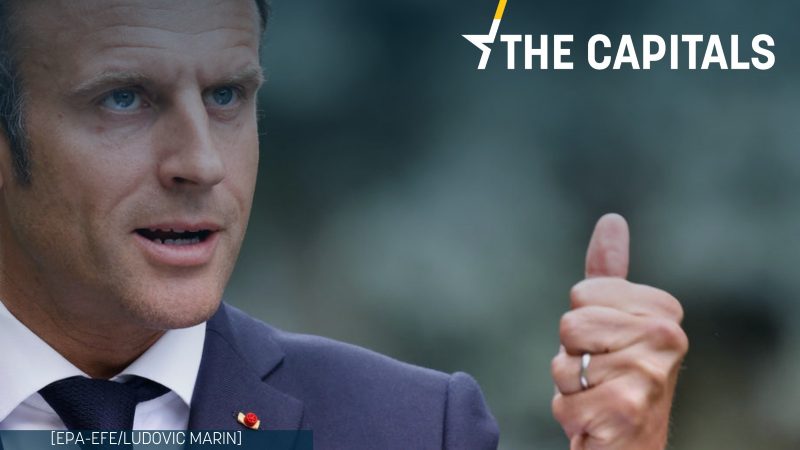 The French EU Council presidency is now ready to include Bulgarian requirements in the negotiating framework of North Macedonia so the EU will become a guarantor of their implementation, Bulgarian diplomats told Bulgarian online news media Mediapool.bg on Thursday. [EPA-EFE/LUDOVIC MARIN]

Paris is ready to include Bulgarian demands in North Macedonia’s EU negotiations roadmap to lift Sofia’s veto on starting the talks, diplomats told local media on Thursday, but it is yet unclear whether the move will suffice to assuage doubt of Bulgarian lawmakers.

In 2020, Bulgaria refused to give a green light in Brussels to Skopje’s EU negotiations roadmap, called the negotiations framework, over language and shared history disputes. For their part, Skopje has called for the veto to be lifted and all areas of disagreement to be addressed during the opening of chapters.

They also say that constitutional amendments would be challenging to achieve as it requires a consensus in parliament which may be tough to achieve. 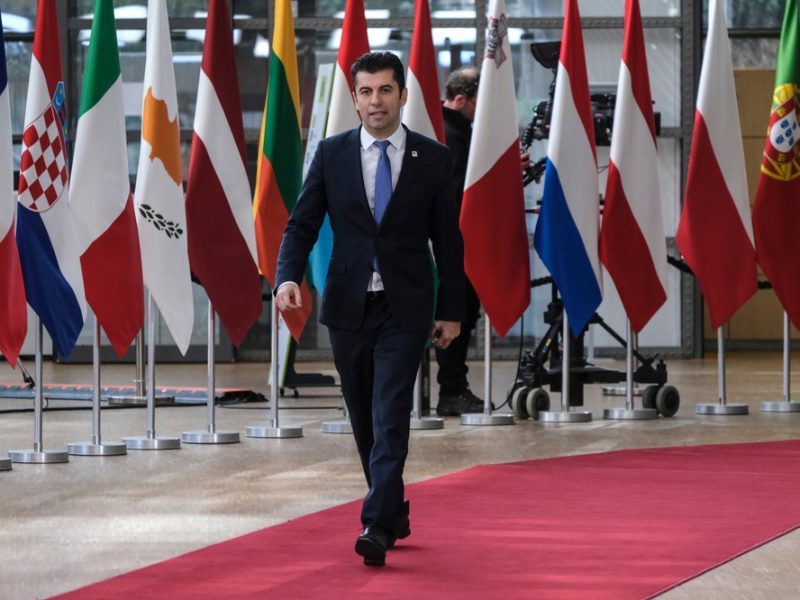 The French EU Council presidency is now ready to include Bulgarian requirements in the negotiating framework of North Macedonia so the EU will become a guarantor of their implementation, Bulgarian diplomats told Bulgarian online news media Mediapool.bg on Thursday.

Bulgarian diplomats expect the French proposal to be approved by other EU countries.

However, it is unclear whether the authorities will accept the French proposal in Sofia, where a political crisis is in full swing, and the country is heading for another early election in the autumn, which would make them the fourth parliamentary elections in two years.

On Wednesday, the council of ministers shifted all responsibility for the veto to parliament, where the government is likely to fall from power after losing a majority in the National Assembly.

Any proposal from the French Presidency, the EU or the bloc countries will be sent immediately to the Foreign Policy Committee of the Bulgarian Parliament.

Macedonian Prime Minister Stevo Pendarovski and opposition leader from VMRO-DPNE Hristijan Mickoski, who previously opposed constitutional changes, say they want guarantees the veto will be lifted if they go ahead.

“The Republic of North Macedonia will demand firm guarantees from both Bulgaria and the EU that the inclusion of Bulgarians in the country’s Constitution is the last condition for starting negotiations for membership in the European Union,” Pendarovski said after meeting with EU Council President Charles Michel in Ohrid, quoted by the Bulgarian National Radio.

Michel is visiting the country to take part in the Prespa Dialogue Forum, which opened on Thursday. “There is the political will to change the Constitution,” Stevo Pendarovski said.

He explained that this process is long and complicated. Asked if a breakthrough at the European leaders’ summit was possible, Michel said that everyone was working hard to break the deadlock. He declined to comment on France’s proposal to lift the veto.

The issue of Sofia’s veto, which has held back Albania from starting accession talks with Brussels as Tirana’s enlargement path is tied to Skojpe’s, has become particularly acute in recent months due to poltical pressure to give a timely answer to Ukraine’s EU candidacy bid.

A number of South European member states have previously expressed concern that granting Kyiv EU candidate status would sideline bloc hopefuls in Western Balkans, to whom Brussels have made promises not yet fulfilled.

Greece, for example, has been pushing for the EU enlargement of the Western Balkan region, especially considering the ongoing instability in Europe’s east.

Diplomatic sources in Athens emphasised to EURACTIV the efforts of “third countries” to destabilise the Western Balkans and warned that this could escalate after the instability in eastern Europe.

Some of these doubts were assuaged on Wednesday, when three of the four Western Balkan EU candidates, Albania, North Macedonia and Montenegro, have signed a joint statement with Ukraine in support of its EU candidacy, in a signal that fast-tracking the war-torn eastern country would not mess up their own slow-moving EU integration but should “complement and strengthen each other”. 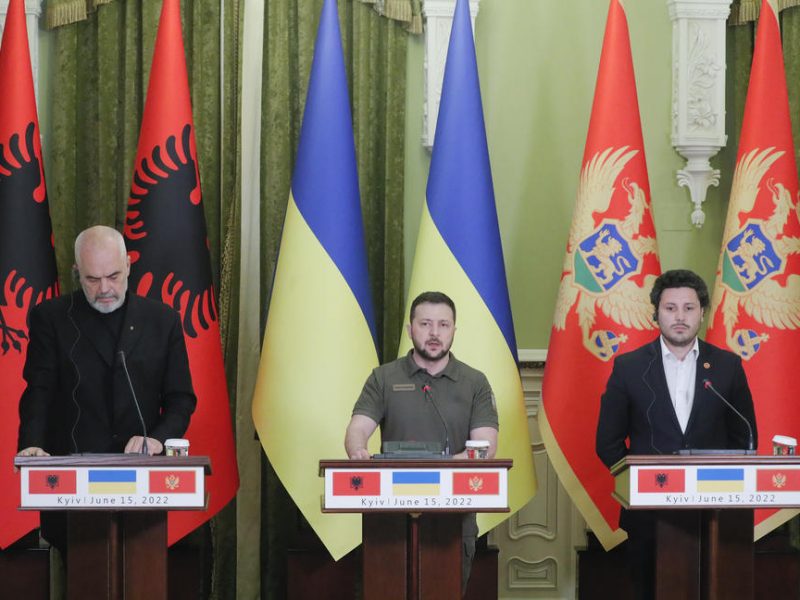 Three of the four Western Balkan EU candidates have signed a joint statement with Ukraine in support of its EU candidacy, in a signal that fast-tracking the war-torn eastern country would not mess up their own slow-moving EU integration but …

On Thursday, leaders of Germany, France and Italy travelled to Kyiv to pledge their support for Ukraine, receiving an “immediate” official status of an EU candidate.

Speaking to the press, French President Emmanuel Macron said granting immediately candidate status to Ukraine would be associated with a roadmap that would also consider the Western Balkans and Moldova.